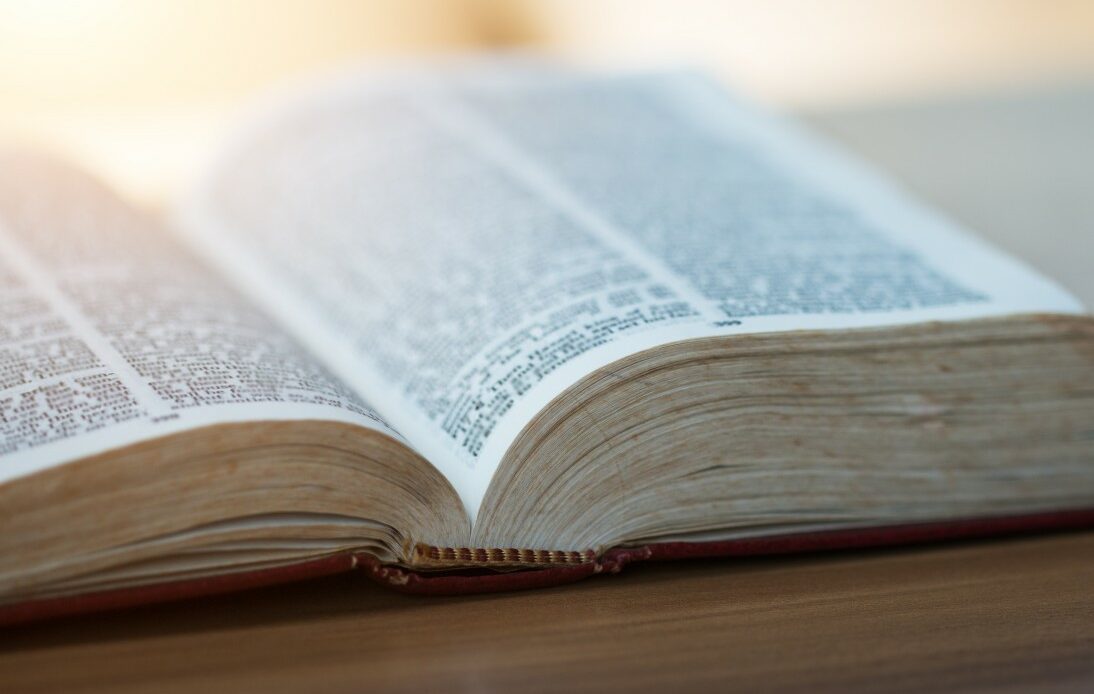 We approach this devotional on the brink of the invasion of Jericho. The Israelites have been set in their places, they have walked around the walls of Jericho seven times, and the invasion is underway.

“So the people shouted”

Here we see the Israelites shouting as commanded by God and by Joshua their leader. Instances of shouting can be seen throughout the Bible. It is important to remember that God commanded the people to shout. Shouting was not simply something they did for fun, nor was it based upon a sudden surge of excitement.

Rather, God told the men to shout before they invaded the city. So the natural response to reading such a command is to ask, “Why would God have commanded such an act?”

In order to gain an understanding, it is helpful to let Scripture interpret Scripture. In Leviticus chapters 8 and 9, Aaron and his sons are consecrated to the office of priest. Shortly after their consecration, Aaron and his sons actually step into their positions and make offerings before the Lord. At the end of chapter 9, it is said that Aaron came back to the people and blessed them after offering the sin offering, burnt offering, and peace offerings.

After this point, Moses and Aaron step into the tent of meeting to appear before the Lord. When they exit the tent, they bless the people yet again. However, this time, the glory of the Lord appears to the Israelites, and a fire comes out from the manifested presence of God and consumes that which was upon the altar.

The response to what happens here is that the people shout and fall upon their faces. Thus, we can see that the shouting was an act of worship.

“when the priests blew with the trumpets”

Here we see another occasion that could benefit from the hermeneutical approach in which Scripture interprets Scripture.

Back in Numbers chapter 10, Moses was given instruction for how to make two silver trumpets. Moses was also given instruction regarding the ways in which the priests were to blow these trumpets, as well as what the various methods of blowing would communicate to the people. God also told Moses that the trumpets were to be a perpetual statute throughout the generations (Num. 10:8).

Finally, God gave a clear command as to what the trumpets represented when He said, “And if ye go to war in your land against the enemy that oppresseth you, then ye shall blow an alarm with the trumpets, and ye shall be remembered before the Lord your God, and ye shall be saved from your enemies” (Num. 10:9). God went on to tell Moses that the trumpets were to be blown at various other times, “… that they may be to you for a memorial before your God: I am the Lord your God” (Num. 10:10).

So where does this leave us? God stated long before the events of Joshua that the people were to use the trumpets during times of war. One of the reasons for this was that the blast of the trumpet would have been an act of faith and dependence upon God and would have actually called down God’s blessing in the midst of the fight: “…ye shall be remembered before the Lord your God, and ye shall be saved from your enemies”.

“and it came to pass”

For instance, God promised Moses that a prophet like him would come. This prophecy has been fulfilled in Jesus Christ’s first coming. Jesus is the prophet like Moses.

God has also promised the believer that He will carry on His work until it is completed in the believer’s life. We can see that this is currently taking place – it is called sanctification.

Finally, we also see that Jesus will return again. This promise has yet to be fulfilled, but we are certain that one day, we will be able to say along with Joshua, “and it came to pass.”

“when the people heard the sound of the trumpet, and the people shouted with a great shout, that the wall fell down flat, so that the people went up into the city, every man straight before him, and they took the city”

This next portion of Scripture must not be rushed over or read quickly. The people heard the sound of the trumpet and shouted a great shout that was filled with faith. Their hearts were directed toward God and toward what God would do in the midst of the battle. Do you know what God did? God gave them the victory.

This must never be watered down or overlooked. How ridiculous must they have looked? How many people would have believed the Israelites if they would have said, “We need to march around the city x amount of times and blow our trumpets x amount of times, and God will give us the victory”?

Simply put, the people believed that God would show up, and God honored their faith. Jesus made the efficacy of faith clear in the Gospels. People were lame, sick, mute, blind, deaf, possessed by demons, and even dead, but there was one common response of man toward Christ that brought deliverance: it was faith.

In Hebrews chapter 11, the author makes it clear that there were a large number of Old Testament saints who persevered and did amazing things in the name of the Lord. But how?

Look at the following Scriptures:

• “By faith the walls of Jericho fell down, after they were compassed about seven days” (Heb. 11:30).

• “Who through faith subdued kingdoms… obtained promises… waxed valiant in fight, turned to flight the armies of the aliens” (He. 11:33-34).

The Israelites responded to God in faith and advanced forward in the fight. God gave them the victory, but we can see that it came by way of faith.

What are you facing in your life that continues to get the best of you? What are you feeling defeated about today? God has promised to give the Christian today victory, just as He promised to give the Israelites victory. Do not stop believing; have faith. The Israelites obtained the promise by faith. So will the Christian today obtain many of the promises of God by faith, as well.

Father, I thank You for the faith that You have given me this day. I pray that You would increase my faith and help me to believe Your Word. Help me to never give up the fight and to never cease to seek to bring You glory in this life. In Jesus’ name, Amen.

Amen bible Christ Christian Faith God Holy Spirit Jesus Prayer Prayers
604
1
Share
We use cookies on our website to give you the most relevant experience by remembering your preferences and repeat visits. By clicking “Accept”, you consent to the use of ALL the cookies.
Do not sell my personal information.
Cookie settingsACCEPT
Manage consent