Finding God’s Presence in the Midst of Suffering 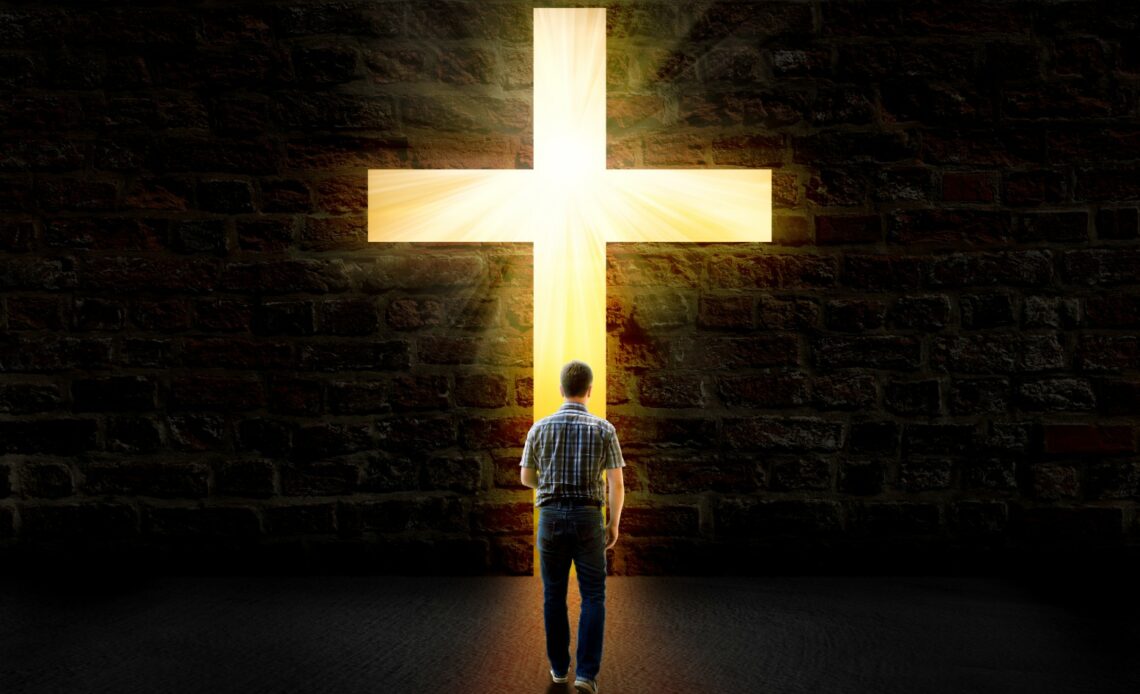 No one enjoys suffering, however, it’s a natural part of the human experience. Sometimes our suffering is light, and the pain that we experience dissipates as quickly as it arrives. However, there are other times where suffering can last for days, weeks, months, or even years. There is no roadmap that dictates how long suffering lasts, as our human emotions are unique. Something that leaves you reeling for an extended period of time may have little to no impact on someone that you know. Understand, the duration of your season of suffering is not too long or too short. The way that you mentally, emotionally, physically, and spiritually process seasons of suffering is unique to you.

However, we can rest assured that we are not alone in our seasons of suffering. Many of us process suffering the same way that a wounded animal processes its pain. It’s not uncommon for a wounded animal to go off on its own, lick its wounds, and isolate itself until its healed up. Even if you take a step back from the people in your life while you’re suffering, you’re still not alone.

We will never find a way to evade suffering. Whether you’re the richest person in the world or you’re barely paying your bills, suffering will come in some capacity. Suffering knows no racial lines and does not discriminate based on any of the other labels that we may put on ourselves. It is truly an equal opportunity offender that everyone will face at some time or another.

God is Present in Suffering

2 Corinthians 12:9 (TPT)
But he answered me, “My grace is always more than enough for you, and my power finds its full expression through your weakness.” So I will celebrate my weaknesses, for when I’m weak I sense more deeply the mighty power of Christ living in me.

Times of suffering often leave us feeling completely isolated. The last couple years have been riddled with suffering for most people. With the COVID-19 pandemic started ravaging the world, it not only left millions of people sick and dying, but even more people lost their jobs, their homes, and faced insurmountable difficulties. Suffering has been a common part of the human experience since the dawn of time, but it could easily be argued that the last two years have included some of the most difficult times that many of us have ever faced.

Paul was no stranger to suffering. The Bible recounts plenty of times where he was abandoned by friends, arrested, beaten, stoned, imprisoned, tortured, and all sorts of other hardships. In addition to the stories that we can read about Paul’s life, we have this passage of Scripture that discusses some sort of suffering that we don’t have the details of. Theologians have long debated what Paul’s thorn in the flesh was that he asked God to remove. While we don’t know what the thorn was, we know that God didn’t remove it from Paul. Instead, He promised Paul that He would be with him in the times of suffering.

We have the same promise. Ultimately, God does not remove suffering from our lives. Instead, He promises that His grace is all we need for our times of suffering. We can take the same approach to suffering that Paul did, since we know that God’s presence is with us just like it was with him.

Psalm 43:5 (TPT)
Then I will say to my soul, “Don’t be discouraged; don’t be disturbed, for I fully expect my Savior-God to break through for me. Then I’ll have plenty of reasons to praise him all over again.” Yes, living before his face is my saving grace.

Hopelessness is one of the worst parts of suffering. To magnify matters, hopelessness becomes even more prevalent the longer our seasons of suffering continue. In order to understand how you can find hope in suffering, we must first understand what hope is.

We have a skewed idea of hope, in which we largely treat it like sending a Christmas list to Santa Clause when we were children. We tell God everything that we want Him to do, and then we cross our fingers and “hope” that He does what we’ve asked Him to do. That isn’t Biblical hope. Instead, hope is a belief that God is going to help us in our most difficult moments. It’s not a wish, it’s an expectation.

The writer of the 43rd Psalm knew about the power of hope. Much like Paul in the verse we just read, we’re not sure what the author of this Psalm was experiencing. However, he or she knew about the power of hope. The person who penned this Psalm truly believed that God was going to care for them, regardless of how bleak the situation around them looked.

There are times where hope does not come naturally. As humans, we have a natural reaction to problems, in which we focus on everything that is going badly. In your times of suffering, make a concerted effort to fight for hope. Remember, you’re not fighting against your circumstances, you’re fighting your own natural instinct to focus on hopelessness. Build your life upon what you know about God instead of what you see going on around you. This ensures that you’re able to experience hope in the midst of suffering.

James 1:2-4 (TPT)
My fellow believers, when it seems as though you are facing nothing but difficulties, see it as an invaluable opportunity to experience the greatest joy that you can! For you know that when your faith is tested it stirs up power within you to endure all things. And then as your endurance grows even stronger it will release perfection into every part of your being until there is nothing missing and nothing lacking.

Finally, it’s important to understand that there are actually benefits to suffering. It’s not easy to see those benefits while you’re suffering. In fact, it seems nearly impossible. Again, that’s because we tend to focus on the present more than the future. When suffering, we fear that things are never going to get better than they are in the moment. However, James promised that the times where our “faith is tested” provides benefits that go far beyond what we are dealing with in the moment.

James promised us that suffering teaches us endurance, and when you have endurance in one season of suffering, you’re learning how to endure future sufferings. This doesn’t mean that you’ll enjoy suffering, but it does mean that there are long-term benefits to it. Don’t allow yourself to give up in times of suffering. Enduring them ensures that you can experience the perfection of God in every part of your life, and eventually you will be missing and lacking nothing.

Lord, You know that I am suffering, and that I don’t see any way out. I know that You have a plan, and that Your grace is everything that I need to get through this painful time in my life. Allow me to feel Your presence tangibly, and help me to remember that this suffering is building up my endurance. In Christ’s name, Amen.

Comfort Devotional Faith God Grief Pain Peace Sorrow Suffering
1024
3
Share
We use cookies on our website to give you the most relevant experience by remembering your preferences and repeat visits. By clicking “Accept”, you consent to the use of ALL the cookies.
Do not sell my personal information.
Cookie settingsACCEPT
Manage consent