Seeing Noah from a Different Angle 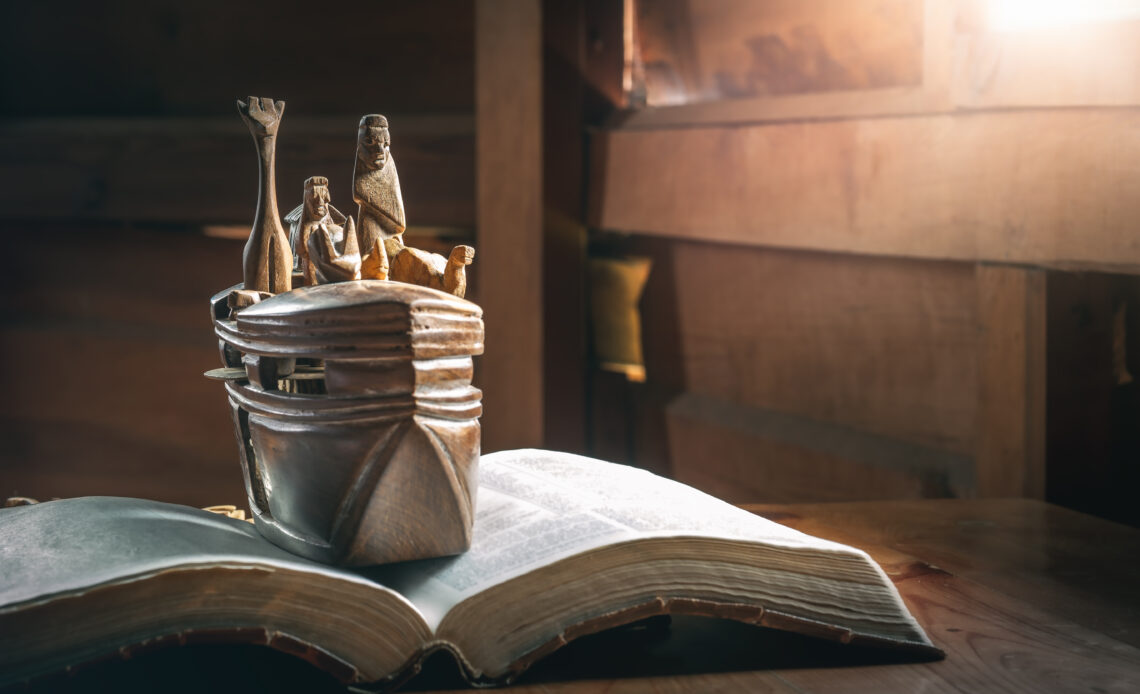 Are You with Christ or against Christ? The Answer to This Question Will Predict Your Future.

The story of Noah and the ark is ripe for teaching and instruction. Noah was a remarkable man of God, and he ought to be studied as a result. But there are occasions within the Old Testament where a story or a person is meant to depict more than what is directly presented. For instance, the life of Moses can be seen as an imperfect picture of Jesus Christ.

Moses was a mediator for God. This means that Moses stood in between God and man and united the two parties. Moses is seen as interceding for the people on a number of occasions. He even prophesied that a prophet like himself would arise out of the people. Moses’ interceding for the people as a mediator and declaring that a prophet like himself would come were meant to point toward Jesus, the perfect Prophet and the perfect Mediator.

But what about Noah? Is there a way in which the story of Noah was meant to represent more than what is readily presented in the Scriptures? It would appear as though it does. Why don’t we take a look and see why.

The sin of man

Genesis 6:1-8 is a startling picture of what the world had come to not long after creation. Scripture says, “And God saw that the wickedness of man was great in the earth, and that every imagination of the thoughts of his heart was only evil continually” (KJV, Gen. 6:5) . What a statement!

However, this does not mean that God cannot see. The Bible tells us that “God saw.” This single truth should make an individual concerned about his own heart and thought life. God is highly concerned about what is going on within a man, not simply his outward behavior.

Jesus condemned the Pharisees for the simple fact that they performed many outward acts of obedience, but their hearts were far from God. God can see within, and this must cause the Christian to fight for inward holiness. People are declared to be temples of the Holy Spirit. The heart of a person is meant to be a place of worship to God, not a place of idol worship.

This brings us to our next point. God did not look within man’s heart and see holiness and a love for God. Instead, God saw that man was wicked to the core. The Bible says that “every imagination of the thoughts of his heart was only evil continually.” Here, one can see that the heart is equated with the mind. This is due to the fact that the Bible says that it was the thoughts of man’s hearts that God looked at. We know that it is the mind that has thoughts, and thus we can conclude that it is the mind that was at stake when the Bible uses the word heart.

The scary reality is that people in the 21st century, including Christians, are more like the Pharisees than they might even know. One of the primary ways that someone can separate himself from the practices of the Pharisees is by fighting for internal holiness and being concerned about it for the glory of God.

Sin has devastating effects. Sin is much like a large rock that gets thrown into a puddle. It creates an initial splash, but then the water ripples, and one can see the way that it spreads beyond the initial point. Often, people might think that God and/or others and not affected by their sin, but this is not the case.

In the verses at hand, it is clear that not only are people affected by the sins of others, but God is highly affected, as well. Scripture says, “And it repented the Lord that he had made man on the earth, and it grieved him at his heart. And the Lord said, I will destroy man whom I have created from the face of the earth; both man, and beast, and the creeping thing, and the fowls of the air; for it repenteth me that I have made them” (Gen. 6:6-7) .

The idea behind the word “repent” in these verses can be thought of as God regretting that He had made man. Here, we can see a way in which the Bible speaks in an anthropomorphism. This means that the Bible uses human characteristics to speak of God. The Bible does this to help man understand God. What is not meant to be depicted is that God did not know that man would sin when He created man, and as a result, the sin of man caught God off guard, thereby surprising God and causing Him to wish that He had not created man.

Instead, what is being stated is that God was sorrowful and grieved over the sin of man. This understanding is in line with the character of God and the whole of Scripture.

What we can also see is that God is the Creator. In the two verses above, it is said once that God created, and it is said twice that God made. This is important for us to understand, as well. Man is not isolated from God. God created the heavens and the earth and everything found within, including man. This means that man is accountable to God.

God then saw the wickedness of man’s heart and was grieved over it. He saw that mankind was in a constant state of rebellion against his Creator. Where does this leave us? Where is our hope?

The picture of the Savior

It is at this point that Noah is presented to the reader. Scripture says, “But Noah found grace in the eyes of the Lord” (Gen. 6:8) . While it could be said that Noah is meant to depict the Christian (since Noah found grace), there is also another crucial point to consider.

The story itself teaches that there was nobody on the face of the earth that was like Noah. In this, one can see Christ rather than the Christian. Christ was, and is, absolutely unique, as was Noah. Noah was a man who sought the Lord and found God’s favor as a result. In comparison, one can read in the New Testament that Jesus grew in favor with God and man.

Look also at what verse 18 says. God tells Noah, “But with thee will I establish my covenant; and thou shalt come into the ark, thou, and thy sons, and thy wife, and thy sons’ wives with thee” (Ge. 6:18) . In the event that it was hard to catch, God is basically saying to Noah that all of those who are associated with him will be saved.

This is also true of Christ. The Father established a covenant with Christ before the foundations of the world. The covenant consisted of Christ’s being sent to the earth and saving the lost. In sum, all of those who would be associated with Christ, or belong to Christ, would be saved and spared from the wrath of God.

If you have never come to Christ, please do so this day. It is only those who are with Christ that will be spared from judgment.

Father, I thank You for the work of Christ. Please help me to see my Savior more clearly this day. In Jesus’ name, Amen.

Christ Faith God Noah Prayer
2726
3
Share
We use cookies on our website to give you the most relevant experience by remembering your preferences and repeat visits. By clicking “Accept”, you consent to the use of ALL the cookies.
Do not sell my personal information.
Cookie settingsACCEPT
Manage consent