What Did Jesus Mean When He Said to Become Childlike? 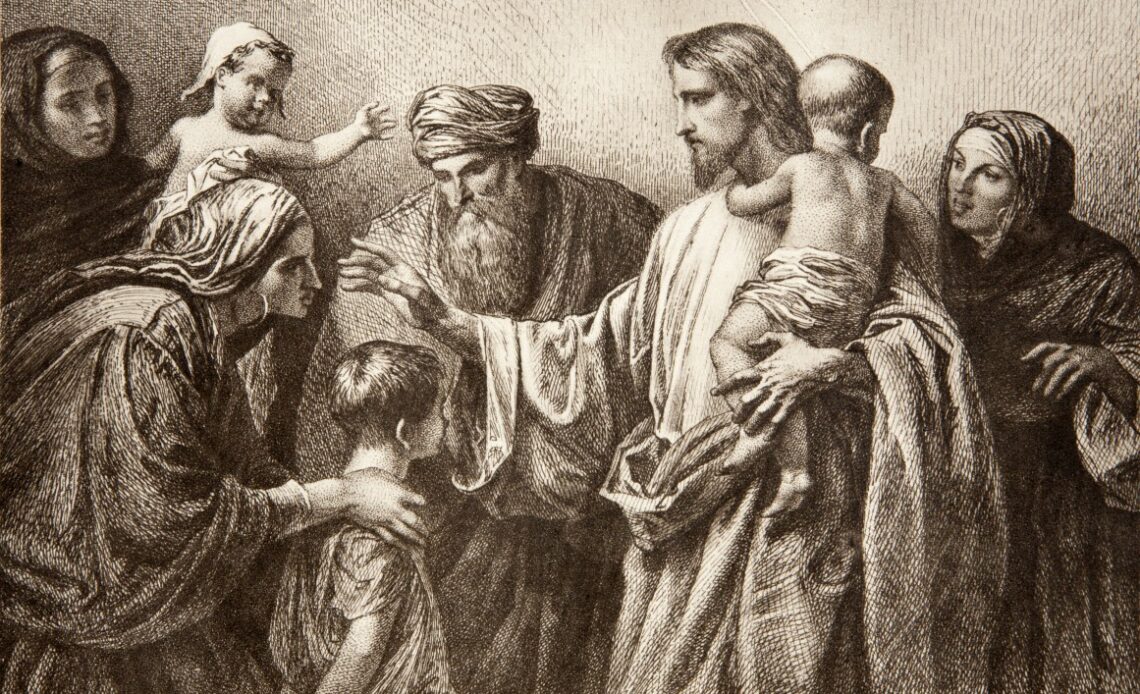 Jesus was always looking for an opportunity to teach people around Him by using real life examples of Kingdom truths. While He often taught parables about farming while ministering to farmers or used references to fishing when talking to fishermen, the Bible talks about one example of Jesus using something everyone could understand when ministering to a multitude. What Did Christ mean when He told us to become “childlike” and what does that look like for us?

The disciples were in a bit of a whirlwind by the time we get to the time that this interaction takes place. The Bible says “at that time, the disciples came to Jesus” asking a question. What was “at that time?” If you flip back to the previous chapter of Saint Matthew’s Gospel, you find out that things had been busy. At the opening of Matthew 17, Peter, James, and John were taken to the top of a mountain where they saw Jesus transfigured into His glorified state where Moses and Elijah joined him. Once they returned from the Mount of Transfiguration, Jesus confronted the disciples for their inability to cast a demon out of a child, and then handled the issue Himself. Finally, He gave them the ability to supernaturally pull coins out the mouths of fish, so they could pay the temple tax.

The days leading up to Jesus’ command to become childlike were certainly interesting. Perhaps that’s why the disciples were so worried about who was going to be the greatest in the Kingdom. They wanted to replicate the things that they had seen Jesus do. Who wouldn’t?!

If you haven’t spent time around small children in a while, it’s easy to forget how much you can learn from them. My wife and I recently babysat a pair of three-year-old twins for some friends of ours. For a little more than 48 hours, our home was filled with the sound of two toddlers for the first time in years. While there were obviously some “dust ups” between the brother and sister, I also gained a lot of insight into what Christ may have been referencing when He said that we should become like children.

It’s easy to assume that someone so young can’t teach an adult anything. However, according to Christ (and my own experiences), that’s simply not the case. I had just discussed these verses with a small group in our church a couple weeks before, and after my weekend with Jackson and Kathryn, this portion of Scripture came to life even more.

What does it mean to be childlike? What does it look like in our lives? It may be easier than you think!

Friendship
Matthew 18:24 (NKJV)
A man who has friends must himself be friendly, But there is a friend who sticks closer than a brother.

We live in a divided society. If you watch the news or scroll through your social media feed, you’ll probably find countless examples of people creating divisions between themselves and others. According to current societal norms, we’re not supposed to interact with anyone who doesn’t think like we think, look like we look, or believe like we believe. However, that’s not the way that children operate.

My wife and I live in a relatively diverse area. Our community is made up of people of all different races and ethnic backgrounds. When election season rolls around, you will see small signs in some yards, many of them supporting different candidates than their neighbors. Additionally, there are multiple religions represented within a mile of my home. While my wife and I serve in our local church, our next-door neighbors attend a Jewish synagogue, and the family a couple doors down are devout Muslims.

On weekends, it’s not unusual to see all of the neighborhood kids playing together, running from one yard into the next, riding bicycles up and down the sidewalk, while parents often provide lunch for their own children and whoever has decided to play in their yard that afternoon. Unfortunately, the adults don’t always interact as willingly.

When Jackson and Kathryn were spending the weekend with us, the Saturday afternoon was particularly active. The weather was perfect, so the neighborhood children were as busy as ever. The twins we were babysitting had never met any of the other kids in our neighborhood, but it didn’t matter!

The children we were caring for and the other kids in the neighborhood automatically came together to play tag, hide and seek, and every other game they could think of. None of them saw color, religion, ethnic background or anything else. Why? Because they wanted to make new friends. They didn’t have to be told to “show themselves friendly.” It just came naturally.

Part of becoming childlike involves forging relationships with people who don’t look like you, think like you, or have the same background as you.

Forgiveness
Colossians 3:13 (TPT)
Tolerate the weaknesses of those in the family of faith, forgiving one another in the same way you have been graciously forgiven by Jesus Christ. If you find fault with someone, release the same gift of forgiveness to them. For love is supreme and must flow through each of these virtues. Love becomes the mark of true maturity.

Obviously, a three-year-old doesn’t always know the best way to behave. That’s where adult supervision comes into play. On the evening of the first day of our babysitting adventure, Kathryn decided that she wanted the toy that Jackson was playing with. Not only did she take the toy out of his hand, but she also decided to display her dominance by cracking him in the head with it. The hysteria that followed was a mix of anger about losing his toy and the pain associated with a bump on the head.

I was in the next room (thankfully), so my wife was left to do damage control. She took the toy from Kathryn, put her in a timeout, and comforted Jackson until he was ready to resume playing with his chosen toy. While one child was happy, Kathryn was furious at my wife.

Once she got out of timeout, my wife gently went over, picked up Kathryn, and had a discussion about why she handled the situation the way she did. Kathryn’s indignation toward my wife lasted all of 10 minutes. Why? Because children are quick to forgive.

Faith
Hebrews 11:6 (TPT)
And without faith living within us it would be impossible to please God. For we come to God in faith knowing that he is real and that he rewards the faith of those who passionately seek him.

Finally, becoming childlike involves having some blind faith. Since fall is here, Christmas is already being advertised everywhere. Jackson and Kathryn are already talking about Santa Clause and what he is going to bring them. I’ll admit, when they tried to refuse to go to bed, eat their vegetables, or participated in some other less-than-ideal behaviors, my wife and I used Santa’s presence a lot. “Santa isn’t going to come unless you’re good.” (Don’t judge, twin toddlers are hard!)

They never thought to argue Santa’s presence. Why? Because they believe in him!

What if we approached God with the same faith that children approach everything? Childlike faith means that we simply believe what we read about God in His Word.

A Closing Prayer:
God, help me to become more childlike. Give me the ability to show myself friendly, forgive quickly, and trust you completely. In Christ’s name, Amen.

Child Children Faith Forgiveness Friendship
1317
0
Share
We use cookies on our website to give you the most relevant experience by remembering your preferences and repeat visits. By clicking “Accept”, you consent to the use of ALL the cookies.
Do not sell my personal information.
Cookie settingsACCEPT
Manage consent