What Does God See When His Children Cry? 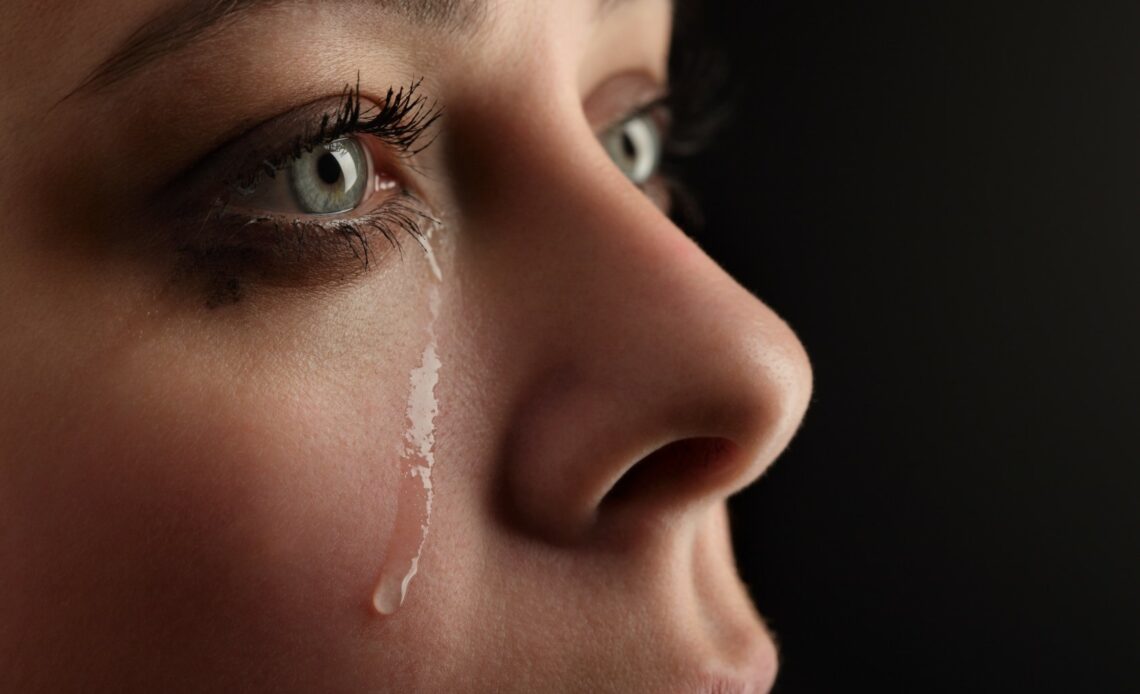 When you’re facing moments of intense grief and sorry, it’s natural to wonder where God is. While you may have been told that it’s shameful or sinful to question His presence or wonder about his mercy in times of immense pain, that’s simply not a Scriptural take. However, if you could see what God sees when you’re facing those painful moments, your questions would be answered. What does God see when His children cry?

Psalm 56:8 (TPT)
You’ve kept track of all my wandering and my weeping. You’ve stored my many tears in your bottle-not one will be lost. For they are all recorded in your book of remembrance.

If you have child of your own or you’ve provided care for a child at any point, you know the sound of a child crying. It’s an unmistakable sound that causes you to rush to the side of the screaming child and provide whatever level of comfort they need. When God sees His children crying, the response is very similar.

According to this verse from the 56th Psalm, God was exactly where He had always been. History teaches us that David wrote this Psalm when he was scared for his life and hiding in a cave. More than 10 years before he became the King of Israel, David was anointed as the heir apparent to Saul’s throne. Even more importantly, God sent Samuel to tell Saul about it. From that point on, Saul knew that his days as the King of Israel were numbered, and he knew who was going to be taking his spot.

Saul, who was a wicked king reacted the only way that a wicked king could react: he wanted to kill David. Scripture contains multiple stories about Saul making an attempt on David’s life. Keep in mind, when these attempts started, David wasn’t a man with military experience. Instead, he was a teenager who wound up becoming friends with Saul’s son. However, that friendship could only protect him from so much. When Saul truly decided he was going to murder David, David’s friendship with Jonathan meant nothing.

David wrote this Psalm while he was hiding in a cave, anxiously awaiting the arrival of Saul who had set out to kill him. History teaches us that he was probably in his late teens or early 20s at this point. Can you imagine being that young and knowing that the king of a nation wanted to kill you? David didn’t have an army at his disposal, but Saul did. David didn’t have the resources that Saul had. David had nothing. That’s probably why David hid himself in a cave and cried.

It’s safe for us to assume that David wondered where God was during this period. After all, David never asked to become the King of Israel. David was quietly tending to his father’s sheep on the day that Samuel showed up at their home and anointed him for a position that he had no training for. David was playing his harp, writing his psalms, and watching his sheep in solitude and the spotlight was literally forced upon him. If David questioned God’s goodness and presence in the middle of his fear, he had every right to.

Scared, isolated, and ostracized, David truly believed that death was upon him. Take a moment and think about the scene. Every time an animal scurried through the cave, David probably jumped, assuming it was one of Saul’s men. Trying to control his breathing so he didn’t give away his position, David probably muffled his cries into his own clothes, suppressing the noise that was the byproduct of his own terror.

Why didn’t God just swoop in, supernaturally kill Saul before Saul could kill David, and propel David to the throne? Because there were things that David needed to learn about himself and about his God during the season of transition. One of the most important lessons that David was going to learn was what God sees when His children cry out to Him.

David’s cry in the 56th Psalm wasn’t a mild one. No, David wasn’t asking for some menial favor that would be forgotten within the week. David wasn’t asking God to give him a nicer home or a higher economic status. Instead, David was asking God to protect his life from the angry king who had reached the point of psychosis. To say that David’s prayer was a matter of life and death is an understatement.

It’s easy for us to read these verses and smile because we know how the story ends. We’re fully aware the David lived through Saul’s attacks and became the King. However, David didn’t have the luxury of knowing the end of the story while everything was still unfolding. That’s why he learned so much about God’s character. David cried, and in the moment, it didn’t really look like God was doing anything. David prayed, and Saul continued his pursuit. David wept, and it looked like God was distant. Until God gave David a divine revelation about what happens when God’s people cry.

First of all, David said that God had stored all of his tears in a bottle. While that may seem a bit strange to us, it was actually a societal norm during Old Testament days. It wasn’t uncommon for people to have “tear bottles,” which were small containers that they would hold under their cheeks during difficult times, catching the tears that dripped off. The bottle of tears served as a reminder of the pain that they had experienced and the importance of whatever they were praying about. When God answered the person’s prayers, they would then rejoice and pour the tears out, ridding themselves of the pain that they had experienced during the time of waiting.

According to David, God bottled up his tears the same way. God saw every tear that David had cried, and had heard every single prayer. We have the same promise. In Revelation 21:4, John wrote that God would “wipe away every tear” from our eyes. How is He going to wipe away every tear unless He has some way of tracking them?

Additionally, David said that God had recorded all of his tears in His book of remembrance. God not only had saved every tear that David had cried, but He had written the story behind it. We have the same assurance.

Where is God when His people cry? He’s beside them to provide a shoulder to learn on. He is behind them to guard them against the attacks of the enemy. He is ahead of them to lead them into a time of peace. Finally, He is keeping track of the tears.

Lord, I feel as alone, ostracized, and terrified as David. But I know that You are with me. I know that You have seen every tear and heard every prayer. Father, help me. I need You more than ever before. In Christ’s name, Amen.

Comfort Grief Mercy Pain Prayer Psalm 56:8 (TPT) Sorrow Suffering Tears
2128
14
Share
We use cookies on our website to give you the most relevant experience by remembering your preferences and repeat visits. By clicking “Accept”, you consent to the use of ALL the cookies.
Do not sell my personal information.
Cookie settingsACCEPT
Manage consent