3 Lessons We Can Learn from David’s Life 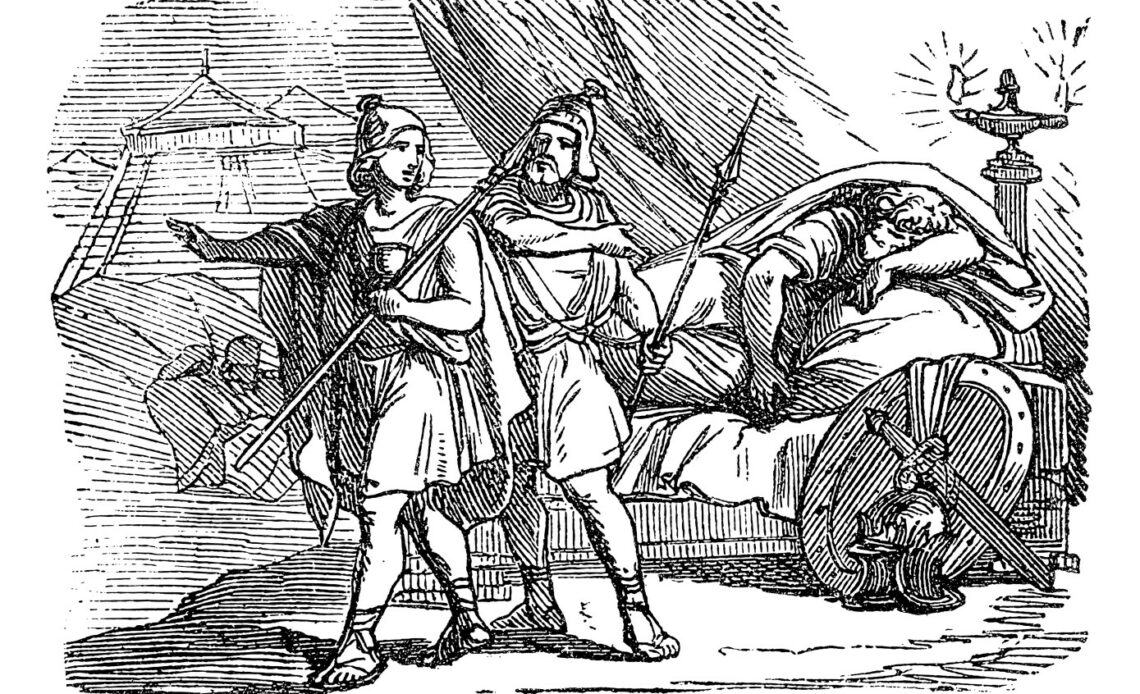 One of the most wonderful aspects of Scripture is the fact that we can take a detailed look at the lives of men and women who are just as fallible as we are, yet they performed wonderful things for the Kingdom of God. One such example of a person who was called by God yet struggled to get out of his own way was David. There are multiple lessons that we can learn from David’s life that can encourage and admonish us today.

Throughout Scripture, there are very few people who we know as much about as we do David. In most cases, we pick up the stories about God’s people once they had already entered adulthood. For instance, consider Abraham. We don’t have a great deal of information about his youth. Once we meet Abraham for the first time, he is already well advanced in age. The same can be said about many of the heroes of the Old Testament. In fact, while we have a lot of information about Jesus’ birth, we don’t read much about Him (outside of a single story that took place when he was 12 years old) until He launched His public ministry at age 30.

David is a bit different. We have a lot of information about the life of David, starting from his youth all the way up to his death. To make David even easier for us to relate to, he was far from a perfect person. While the Bible does say that David was a man after God’s own heart (1 Samuel 13:14), there were times where David tripped over himself and missed the mark.

With a life as complex and exciting as David’s, there are plenty of opportunities for us to learn more about God and ourselves. Let’s take a look at three stories from David’s life and what we can learn from them.

1 Samuel 16:13 (ESV)
Then Samuel took the horn of oil and anointed him in the midst of his brothers. And the Spirit of the Lord rushed upon David from that day forward. And Samuel rose up and went to Ramah.

The verses the proceed this one tell a powerful story about how God views people as opposed to how we view others (and often, ourselves). Saul, the first King of Israel, had strayed away from God’s plan for his life and thus, God decided to remove him as King. With that in mind, God sent Samuel to Jesse’s house to anoint the next king. Jesse had several sons who looked like they would fit the bill. Strong, good looking, young men who had already joined Saul’s army lined up in front of Samuel. Undoubtedly, Samuel, Jesse, and each of the boys had to think that one of them would be the new King. Instead, God rejected every one of the sons of Jesse that brought out.

David, the youngest of Jesse’s sons, was out in the field watching the sheep. While the older sons were soldiers, David was a shepherd. Surely, God wouldn’t pick a shepherd to be the next King of Israel, would He?

The story of David being anointed King teaches us multiple lessons. On the surface, it teaches us that God often sees more potential in us than we see in ourselves. It also establishes that God sees more in the people around us than we do, and we should keep that in mind before labeling them. However, the lesson that we want to truly glean from David’s life isn’t about potential and purpose. Instead, it’s a lesson on patience.

2 Samuel 5:3-4 (ESV)
So all the elders of Israel came to the king at Hebron, and King David made a covenant with them at Hebron before the Lord, and they anointed David king over Israel. David was thirty years old when he began to reign, and he reigned forty years.

While we don’t have a ton of information about how old David was in 1 Samuel 16, most Biblical historians say that he was probably somewhere between 12 and 15 years old. However, he didn’t become King of Israel until he was 30. That means that 15 or more years passed before he got to realize the purpose God had for his life. We would do well to learn the same king of patience that David had. God’s delay is not equal to God’s denial, so just because the promise hasn’t come to fruition yet doesn’t mean that God has forgotten you.

1 Samuel 17:50 (ESV)
So David prevailed over the Philistine with a sling and with a stone, and struck the Philistine and killed him. There was no sword in the hand of David.

Goliath wasn’t just an opposing soldier. In addition to his stature (Goliath was around 10 feet tall), he had on hundreds of pounds of armor. It’s safe to assume that Goliath’s armor itself outweighed David. Every morning and evening, Goliath would emerge from his quarters and would threaten Israel. All of Israel’s soldiers (including David’s brothers) would run from his threats and hide. However, David heard the threats and demanded a fight with the giant.

This story from the life of David is a beautiful reminder that nothing is impossible for God’s children when they place their faith in Him. David acknowledged that he could not win the battle on his own, but he knew that with God, all things were possible. The same could be said for any giant in your life.

Psalm 51:10-12 (ESV)
Create in me a clean heart, O God, and renew a right spirit within me. Cast me not away from your presence, and take not your Holy Spirit from me. Restore to me the joy of your salvation, and uphold me with a willing spirit.

David wrote the 51st Psalm after one of the worst moments in his life. One day he had seen a woman named Bathsheba bathing on the roof of her house. After asking who she was, David found out that she was married to one of his soldiers. Tragically, David decided that he would ignore the sanctity of her marriage and had an affair with her. When she sent word to David that she was pregnant, he decided he had to cover up the issue. After failing to manipulate her husband, Uriah into going home to her, David went so far as to have Uriah killed.

Suddenly, this man who had been hand chosen by God to be the King over His people had turned into an adulterous murderer. When we read this story, we may assume that God would give up on David, walk away from him, and leave him to figure things out on his own.

However, that’s not what God did for David, and it’s not what God does for us. Yes, David sinned. Yes, David went so far as to commit a horrible crime. Yes, God punished David for what he did wrong. However, God still forgave David, because that’s exactly the king of God He is.

David’s life was a complex series of twists and turns, however God continued to prove His faithfulness for David, just like He will for us.

God, first I want to thank You for providing us with the Bible and the stories that we can look to learn more about Your character and ourselves. Help me to take the truths contained in Scripture and apply them to my life every day. I know that Your Word is a written copy of Your will for me, and I want to live my life according to it. In Christ’s name, Amen.

Bathsheba David Goliath King David Life Lessons Purpose Repentance Sin
16054
42
Share
We use cookies on our website to give you the most relevant experience by remembering your preferences and repeat visits. By clicking “Accept”, you consent to the use of ALL the cookies.
Do not sell my personal information.
Cookie settingsACCEPT
Manage consent