Defying Your Own Limitations 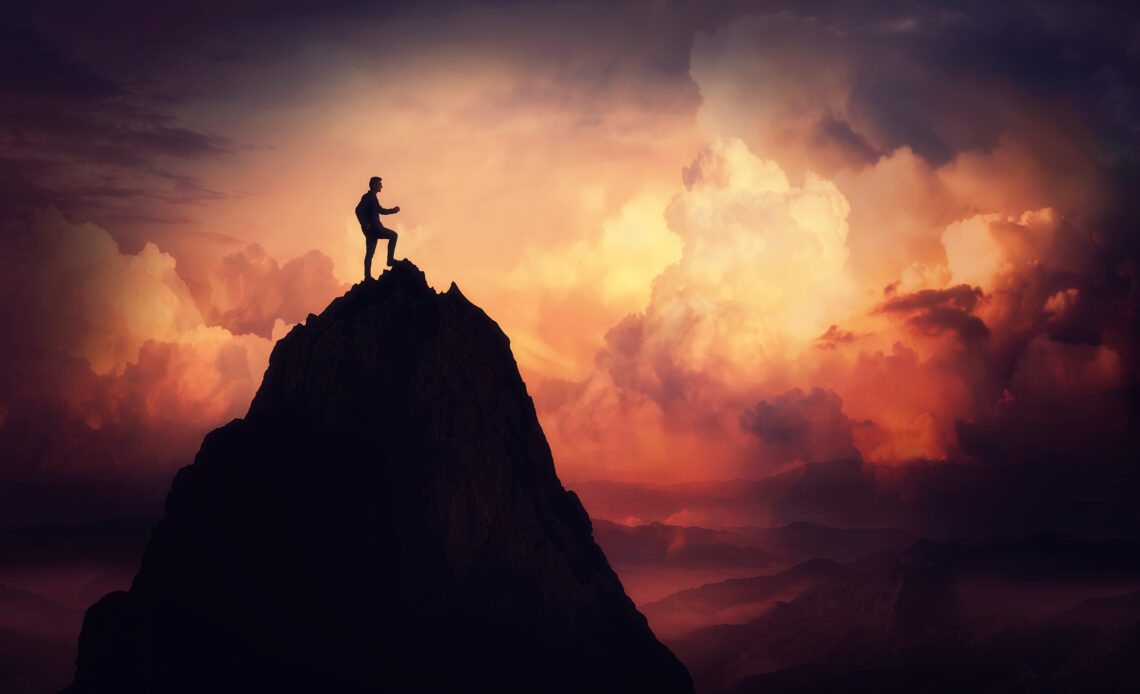 If you’ve ever been to a job interview, you may have been asked to describe your three greatest strengths and your three biggest weaknesses. While it’s hard for many of us to discuss what we consider ourselves great at, it’s equally as hard to acknowledge our weaknesses. After all, no one wants to talk about what they struggle with. Discussing our weaknesses forces us to take a hard look at ourselves and acknowledge that we are incredibly limited in certain areas of our lives.

What do your weaknesses look like? Do you struggle with being organized? If so, that’s certainly not uncommon. A recent study showed that 54% of Americans say that they are overwhelmed by the amount of clutter that they have, and that 74% of that group has no idea what to do with it. If you’re in that number, this doesn’t mean that you need to sign up to be featured on an episode of a hoarding reality show. It simply means that you have a limitation in yourself.

Perhaps your limitations have nothing to do with your ability to organize items or even tasks. Maybe you’re an introverted person by nature, and you find yourself incredibly limited when put in social settings. If you’re in that number, you’re also not alone. 40% of people consider themselves to be introverts.

Maybe your limitations are much more serious than either of those examples. Perhaps your limitations involve an addiction that you just don’t feel like you can find freedom from. Millions of people struggle with addictions to any number of things. Substance addictions include drugs and alcohol, while other people are addicted to sex, pornography, or even work. Addictions are a powerful limitation, and you may believe that there’s absolutely no hope for you to overcome. That’s simply not the case.

One of the most powerful things about Scripture is the fact that God used ordinary, flawed, limited people to carry out His plan for all humanity. Isn’t it remarkable to know that God used people who had to overcome their own limitations to provide us with the stories that are found in Scripture?

As we dive into how to overcome your own limitations, it’s important to realize that the people in Scripture didn’t do this on their own. Instead, they allowed themselves to be used by the Holy Spirit to fulfill their God-given purpose. Today is your day to overcome limitations.

Moses
Exodus 4:10-11 (ESV)
But Moses said to the Lord, “Oh, my Lord, I am not eloquent, either in the past or since you have spoken to your servant, but I am slow of speech and of tongue.” Then the Lord said to him, “Who has made man’s mouth? Who makes him mute, or deaf, or seeing, or blind? Is it not I, the Lord?”

Moses never considered himself to be a public speaker. A deeper dive into the original language that was translated into the versions of the Bible that we have today indicates that Moses suffered from a stuttering problem. With that in mind, it’s easy to understand why he didn’t think he was the right choice to stand in front of Pharaoh and demand that God’s people be set free from bondage.

The interaction between God and Moses recorded in Exodus 4 is humorous in some ways. Moses was standing in front a burning bush and explaining to God that he had a stuttering problem. Don’t you think God already knew that? Of course, He did! Don’t we do the same thing?

When God calls us to do something, we generally start telling Him why we’re the wrong person for the job. We approach God, bound by our own limitations, and incorrectly assume that He hasn’t considered them when commissioning us for greatness.

If you’re not already familiar with the story of Moses, read the rest of Exodus. It tells the story of how God used Moses, despite his weaknesses, to stand before Pharaoh and prophetically minister about the deliverance of His people. It worked, because God’s goodness was greater than Moses’ limitations.

It wasn’t a coincidence that God used Moses’ greatest weakness to accomplish His purpose. When we submit our weaknesses to God, He is able to use our limitations to fulfill His plan for our lives.

Gideon
Judges 6:14-15 (ESV)
And the Lord turned to him and said, “Go in this might of yours and save Israel from the hand of Midian; do I not send you?” And he said to him, “Please, Lord, how can I save Israel? Behold my clan is the weakest in Manasseh, and I am the least in my father’s house.”

The Book of Judges doesn’t always appear on the list of books that people read. However, the book is filled with stories of God using very limited people to deliver His people from the hand of those who oppressed them. Unfortunately, Israel continually reverted to their old ways and landed back in captivity. However, because of God’s love and grace, He kept raising up leaders to bring them back out.

When we first meet Gideon, he looks like a coward. No, really. If you go back and read the first few verses of Judges 6, you will find Gideon hiding in a corner making bread. He was so scared that he didn’t even want to allow the Midianites to see him making a piece of bread! To add to his limitations, his family was the least important people in the least important tribe. On the surface, it looked like Gideon had absolutely nothing going for him.

That’s probably why God used Gideon to serve as a military leader. The rest of Gideon’s story is mind blowing! With only 300 men in his army, Gideon overcame the entire nation that was holding Israel in captivity. Why? Because he didn’t focus on his limitations, and instead, chose to trust God.

Gideon didn’t come in with a great socioeconomic standing. That didn’t matter to God. Your background doesn’t matter, as we don’t serve a God who focuses on the past. However, when you’re willing to turn over your future, He can use you to complete something incredible!

Finally, David’s story started out as anything but special. The youngest son of his father, David was relegated to shepherding. While the older, more muscular brothers were standing in line to see which one of them would be chosen King, David was watching sheep. It was a boring, thankless job. However, God rejected all of his older brothers and told Samuel that while he was looking at their appearances, God was considering their hearts (1 Samuel 16:7).

When David came in, Samuel knew that he was the right choice. His family didn’t think enough of him to even bring him in for consideration, but none of that mattered. God wasn’t worried about David’s age, or his appearance.

That’s great news for us! You’re never too young or too old to be used by God. Furthermore, you don’t have to look like the biggest, most athletic person in the room. God has a purpose for you, and He is looking at your heart!

A Closing Prayer:
Heavenly Father, help me overcome my own limitations. I know the list is long, but instead of focusing on why I’m not qualified, I want to focus on Your plans for me. I know You have a purpose for me, and I embrace it today. In Christ’s name, Amen.

limitations Overcoming Passion potential Purpose
2187
1
Share
We use cookies on our website to give you the most relevant experience by remembering your preferences and repeat visits. By clicking “Accept”, you consent to the use of ALL the cookies.
Do not sell my personal information.
Cookie settingsACCEPT
Manage consent