Does God Really Care About Every Detail of My Life? 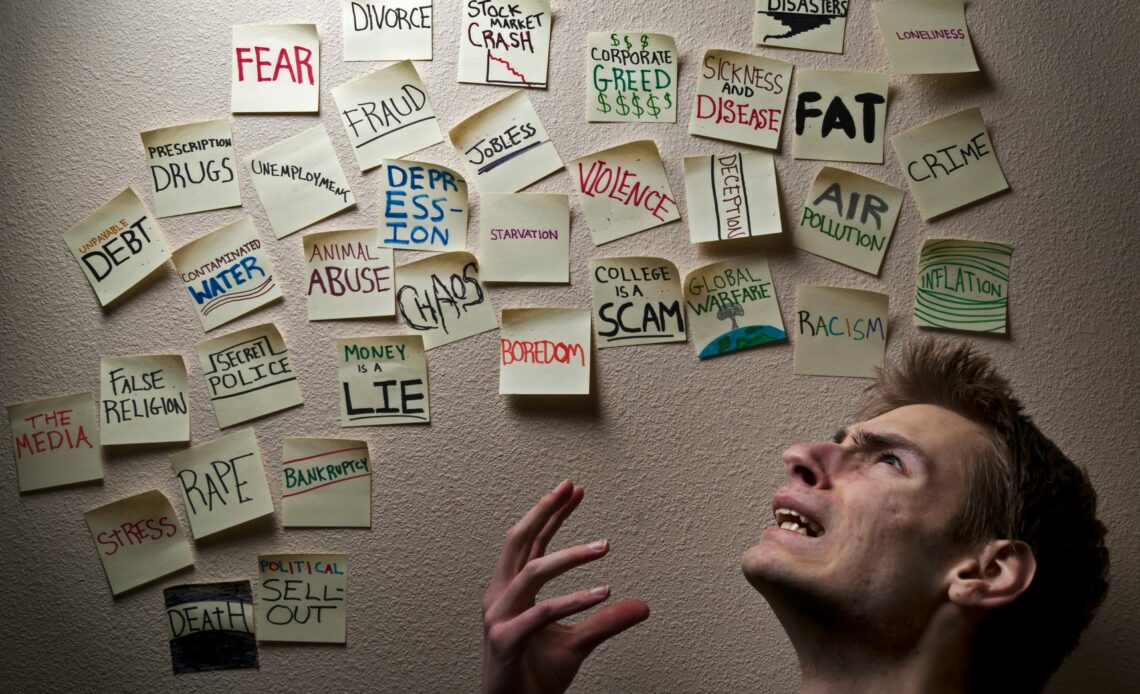 It’s a hard thing to fathom, but the same God who spoke the planet that we inhabit into existence, hung the world on nothing, and causes it to continually spin in orbit, is completely in tune with every detail of your life. It’s easy to look at everything going on around you and wonder if God really cares, but His position as our Father means that He is concerned with every detail of your life.

Have you ever heard someone say something along the lines of, “God has more important things to worry about”? We often look at our own situations, the trials and tribulations of daily life, and the things that aren’t exactly “life altering” and assume that God doesn’t need to be bothered with the minute details of our lives. After all, when you compare some of the issues that we deal with to the magnitude of things that Christians around the globe are facing, we often feel like our problems are somehow less significant.

However, God doesn’t see your problems as trivial or unimportant. He doesn’t view the things that are keeping you awake at night and compare them to the things that someone on the other side of the world is facing. God isn’t sitting on His throne in Heaven determining who has the most severe problems, so He can focus His attention there.

There are multiple reasons for this. First of all, everything is small when it’s compared to God. As the God of all creation, there is nothing going on in our life, good or bad, that can compare to His magnitude. It’s easy for you to look at the problems in your life, compare them to the problems in someone else’s life, and say that your problems seem small. Conversely, you could look at your own problems and feel like they’re bigger than someone else’s. However, when you compare any of those issues to God, they’re all small. That doesn’t mean that you shouldn’t acknowledge your troubles or the troubles of others. However, it can serve as a comfort that your problem pales in comparison to your Provider.

Additionally, God isn’t confined by our sense of time and space. If you’re having problems in Smalltown, USA, God is there. However, He is equally present with the believer who is struggling with problems on the other side of the world in a remote village. God is where His children are.

Finally, God does not rank the problems of His people because His love for us is the same. He loves the person who is facing immense hardships just as much as He loves you. He doesn’t prioritize one person over another because His love is equal.

If you’re still not sure about whether or not God really cares about the intimate, minute details of your life, consider the following verses.

Worth More Than the Sparrows

Luke 12:6-7 (ESV)
Are not five sparrows sold for two pennies? And not one of them is forgotten before God. Why, even the hairs on your head are all numbered. Fear not; you are of more value than many sparrows.

While on our quest to determine whether or not God cares about the details of your life, we could read these two verses and stop. The answer is right here in front of us in these words of Christ. In New Testament times, sparrows were routinely sold outside the temple because they could be used in animal sacrifices. Since sparrows were so plentiful, a person could buy five sparrows for two cents. On the surface, sparrows were almost worthless.

To further establish the point that every detail of your existence matters to God, Christ said that God knows the exact number of hairs on your head. This statement is both literal and figurative. Since God knows everything about everything, He does truly know how many hairs you have on your head. However, that statement indicates that God is truly in tune with every aspect of your life, even the ones that you don’t consider significant. If the sparrows matter, you matter.

Psalm 56:8-9 (TPT)
You’ve kept track of all my wandering and my weeping. You’ve stored my many tears in your bottle-not one will be lost. For they are all recorded in your book of remembrance. The very moment I call to you for a father’s help the tide of battle turns and my enemies flee. This one thing I know: God is on my side.

David was a man who was familiar with tears. In fact, if you pick up the story of David’s life when we first meet him, he was a young man who was so forgotten by his own family that they didn’t even bring him into the room when Samuel was sent to Jesse’s house to anoint a new King over Israel. His reign was filled with hardships, some of it self-inflicted and some of it not, and even his older years were riddled with problems that included betrayal from friends and family members who hated him. David knew tears.

In the days of the Old Testament, the concept of tear bottles was a very common one. People would literally catch their tears in a bottle as a way of tracking how long and how often they had pleaded with God to do something for them. When the prayer was answered, they would dispose of the tears. These bottles were about the details, the smallest possible details of a hardship.

David said that God had a record of his tears. In addition to saying that God kept David’s tears in His bottle, he also wrote that God kept a record of each one of them in His book of remembrance. Even in the Old Testament, God’s people understood that God was keenly aware of the most minute of details of their lives.

God Knew the Details Before You Existed

Psalm 139:13-15 (ESV)
For you formed my inward parts; you knitted me together in my mother’s womb. I praise you, for I am fearfully and wonderfully made. Wonderful are your works; my soul knows it very well. My frame was not hidden from you, when I was being made in secret, intricately woven together in the depths of the earth.

Finally, David wrote this Psalm about the details that God knew bout him before he was ever born. Every word that David wrote here about himself applies to you. God formed your innermost being, shaping your delicate inside and your intricate outside. He took all of that and wove you together in your mother’s womb.

Make no mistake about it. The same God who created everything both seen, and unseen is concerned about each detail of your life. Everywhere that you go, every thought that you think, every word that you say, and everything about your life matters in Heaven.

Heavenly Father, thank You for being so concerned about the details of my life. Help me to remember that even when I feel insignificant that I matter to You. Even when I believe that my problems are too small for You, I know that if it matters to me, it matters to You. Thank You for providing that kind of love for me. In Christ’s name, Amen.

Details Discipleship God’s Care God’s Plan Passion Purpose
2666
10
Share
We use cookies on our website to give you the most relevant experience by remembering your preferences and repeat visits. By clicking “Accept”, you consent to the use of ALL the cookies.
Do not sell my personal information.
Cookie settingsACCEPT
Manage consent