Don’t Wait Around to Be Kind to Others 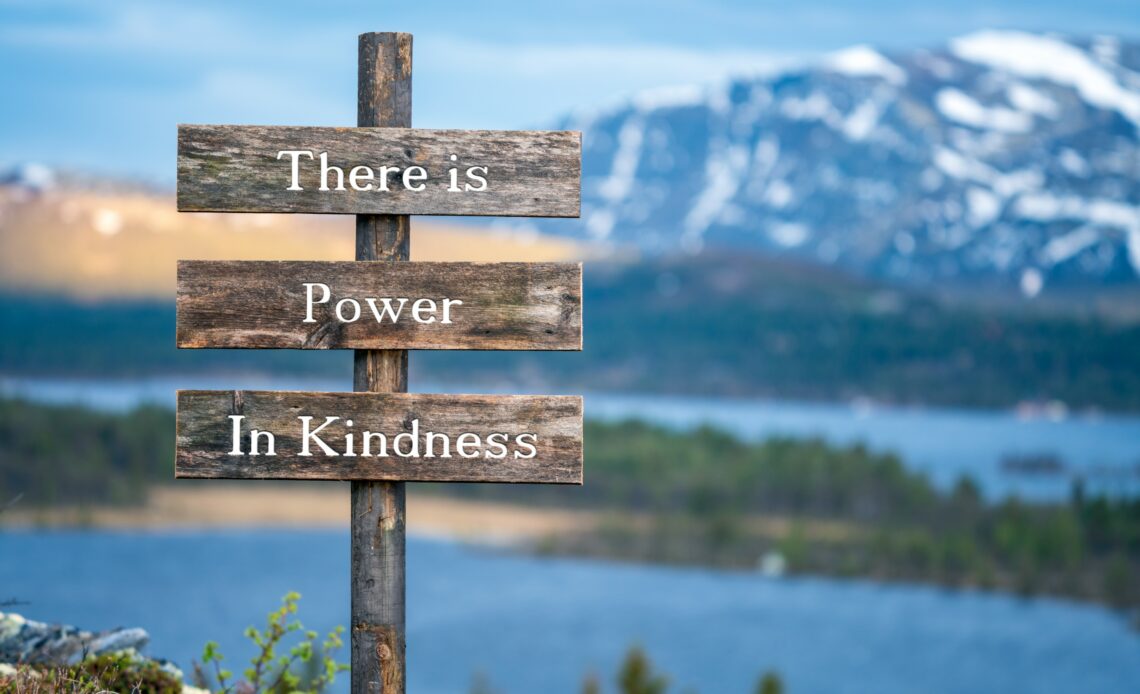 It can be a common tendency among mankind to give someone the cold shoulder if he has wronged you in some way. Another area of struggle may be the temptation to treat someone with disdain if he even reminds you of someone who has wronged you. While it is true that it will be hard at times to get along with someone, the command is still given to show kindness to all.

This command does not come without an example. Rather, it is rooted in the nature of God and His love toward mankind. It is interesting to note that this kindness of God toward man is actually something that will often produce repentance. When someone shows another person kindness, it is as though this kindness begins to work on the other person’s heart.

Meanwhile, as all of these fears swirl in the minds of believers, there is a God in heaven Who never ceases to show kindness to His rebellious creation. It would seem that one of the leading problems of a lack of kindness within the church is not that people have been wronged. Rather, it would seem as though it is because they are too focused on themselves rather than on God and others.

The example of David

David is a great example of a man who loved to show kindness. Yes, David was a man of war and a soldier on the battlefield. Yes, David slayed his ten thousands, but still there was a proper context for fighting battles and for showing kindness. His power was truly bridled as he encapsulated what it meant to be meek.

To gain an understanding of the depth of his kindness, one needs to take a careful look at his life. David was brought up as a shepherd and was the youngest brother in a large family. As David tended to his flock and worshipped the Lord, there was a king named Saul that was sitting on the throne.

Saul was appointed king because the people demanded that they have a king like the other nations. As Saul ruled over the people, there came a time in which he sacrificed to God. However, this sacrifice was done in haste and without the proper consent of God. Samuel was the priest, and Saul should have waited for Samuel to offer the sacrifice.

At this point, Saul’s throne was no longer established, and God sent Samuel out to look for a new king. Samuel later encountered David, and God told Samuel that David would be the next king. Therefore, Samuel anointed David as the king of Israel.

However, the kingdom of Israel was a monarchal kingdom; therefore, David needed to wait to take the throne. The reason for this is that in this type of kingdom, the king must die or pronounce a new king before one can succeed him. Therefore, while David was anointed king, he still waited to sit on the throne. This is especially significant as we trace the line of David.

Shortly after, a Philistine man named Goliath began to taunt and call out to the soldiers of Israel to fight him. Everyone was scared but David. David went out to battle Goliath and killed him with a sling and a stone. It was at this time that the people of the land began to see David as something special.

Saul placed David in a position of power not knowing what he was getting himself into. As David marched out with the soldiers and many battles were won by David’s hand, songs began to be sung that placed David in a greater position than Saul the king.

This aroused jealousy within the heart of the king, and a harmful spirit is said to have come upon him. As this happened, David played a lyre to seek to calm Saul. But in return, Saul hurled a spear at David in an attempt to kill him.

Sometime later, Saul removed David from his presence and placed him over 1000 soldiers. In reading further, we realize that Saul was actually hoping for David to die in battle by the hand of the Philistines rather than his own hand because the people loved him so much. However, David had success in battle, and Saul’s plan did not work.

Later, Saul informed all his servants and his son Jonathan to kill David. At this point, David is forced from his home and lives a life on the run. Even though David was no longer in the city, Saul cannot find rest in his heart. He is dead set on killing David.

After a period of time, he set out with a number of his men to seek out and kill David. In the midst of his search, he found himself walking by a cave that David was in. David sneaked over and cut off a part of Saul’s garment. When Saul left, David followed soon after. He yelled out to Saul and showed him the piece of his garment.

If David had killed Saul, he would have become king. But David would never do that. Saul confessed his sin and returned home without harming David. But Saul still burned with anger against David, and it did not take long for Saul to pursue David yet again.

This time, Saul found himself set up on an encampment in the hills where he was looking for David. Saul and his men all fall asleep with Saul in the middle. But David walked up and took Saul’s spear. Yet again, David could have killed Saul and become king. However, David wanted things to be right between him and Saul, and he would never kill the Lord’s anointed.

Saul awoke, and David repeated what he did last time. He yelled to Saul, and Saul recognized his voice. He revealed to Saul the spear that he took, and Saul realized again that David could have killed him. Saul once again stopped his pursuit of David, but his heart never truly changed.

Saul had his mind set on killing David. But shortly after this event, Saul was the one who perished. The people rallied around David, and David became king.

As David sought to establish his kingdom and was met with many challenges along the way, a time came in his life when he remembered the house of Saul. “And David said, ‘Is there yet any that is left of the house of Saul, that I may shew him kindness for Jonathan’s sake” (2 Sam. 9:1). After all those years and after all the pain and hurt, David still desired to show kindness to the house of Saul.

What an amazing picture of this noble king. He did not have to show kindness to the house of Saul. He did, in fact, find a boy named Mephibosheth, a crippled boy who was most likely an outcast at this point.

Nevertheless, David wanted to show kindness. David’s kindness was proactive not reactive. So should the Christian’s be, too. Find someone you can be kind to today. If there is someone in your life that you are finding it difficult to show kindness to, first take your eyes off of yourself. Then place your eyes on the kindness that Jesus never stops showing you.

Amen David God Heaven Hope Jesus Kindness Love Prayer
10188
71
Share
We use cookies on our website to give you the most relevant experience by remembering your preferences and repeat visits. By clicking “Accept”, you consent to the use of ALL the cookies.
Do not sell my personal information.
Cookie settingsACCEPT
Manage consent