If God Really Loves Me, Why Do I Experience Suffering? 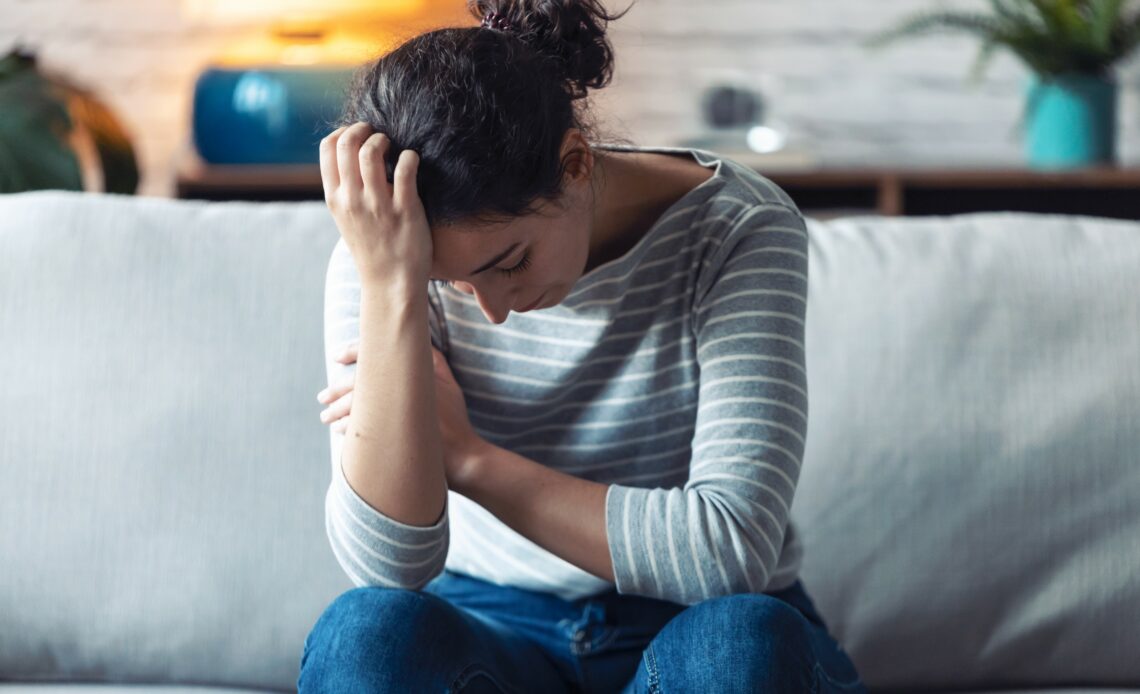 One of the most common questions that people ask is, “Why does God allow bad things to happen to good people?” It’s completely normal for us to wonder why God allows bad things to happen in our lives. However, while we ponder those questions, it’s crucial that we understand that our times of sorrow are not evidence that God doesn’t love us. Instead, we can look to Scripture to discover what the Bible says about the suffering of the righteous.

Why do bad things happen to good people? If God really loves humanity, how do you explain all the suffering that is so evident in the world around us? These questions are asked by millions of people every day. Admittedly, sometimes these questions come from people who don’t believe in God and want to shake the faith of others. However, these questions are also asked by Godly people who are dealing with pain, suffering, and sorrow in their own lives.

Have you ever asked questions like these? Have you ever stood by the bedside of a loved one and watched a horrible disease take their strength? Have you ever been blindsided by divorce papers while learning that the spouse that you assumed you would spend forever with was leaving you? Perhaps you have faced job loss, endured a natural disaster, or gone through another traumatic event that left you wondering why a good God would allow such bad things to happen to His people.

If so, you’re not alone. It’s also important to note that God doesn’t get angry with us when we ask these questions. Instead, He runs to us, allowing us to better experience His love for us. We can look to Scripture to find examples of God allowing suffering to come to His people. The presence of pain does nothing to negate the presence of God. Not only does Scripture teach us that Godly people endure suffering, but it also shows us how to go about handling it the best way possible.

We will never be able to fully explain why bad things happen to good people. Our finite minds are incapable of fully understanding the mind of God. However, we can look to Scripture to find examples of Godly people enduring pain and allowing God to deliver them from it.

Job
Job 1:1 (ESV)
There was a man in the land of Uz whose name was Job, and that man was blameless and upright, one who feared God and turned away from evil.

The story of Job is widely regarded as one of the most powerful stories of righteous people suffering. Since the book of Job contains 42 chapters, we will just highlight the general outline, however, taking the time to read this entire book of the Bible is a great idea. It tells powerful stories of faithfulness, comfort, how to deal with others, and provides many more insights into how God wants His people to live.

Job was one of the wealthiest men in the world, primarily because of his faith in God. However, there was a day on which Satan went to God and asked permission to test one a believer. God, knowing how steadfast Job was in his faith, actually recommended Job for testing. However, Satan wasn’t allowed to touch his body. Almost immediately, we read that one of Job’s servants came to tell him that all his livestock and the servants who tended to them had been killed. As if that wasn’t enough, Job’s 10 children were dining in his oldest son’s home when a great wind came, destroyed the house, and killed all his children.

However, in the face of total loss, Job refused to turn his back on God. Satan, convinced that he just needed a little more time, approached God again for more permission. This time, God told him that he could touch Job’s body but could not take his life. Soon after this interaction, we find Job sitting in a pile of ash, covered in painful boils from head to toe, and scraping himself with broken pieces of pottery.

This man who was so steadfast in his faith had lost everything. Why did God allow this? Because He knew that Job would not turn his back on God, therefore, God did not turn His back on Job. At the end of Job, we find a triumphant truth: God gave Job twice as much as he had at the beginning of the book. This story outlines exactly how God wants us to approach our times of suffering.

Job’s wife and friends all tried to get him to deny his faith, but he refused. Because of that, God blessed him with twice as much as he lost. God didn’t allow Job to suffer for nothing. Instead, He allowed it because He wanted others to see Job’s steadfast faith. Not only does He want the same from us, but He also uses our faith in times of pain to bless us abundantly on the other side.

Paul
2 Corinthians 12:9-10 (ESV)
But he said to me, “My grace is sufficient for you, for my power is made perfect in weakness.” Therefore I will boast all the more gladly of my weaknesses, so that the power of Christ may rest upon me. For the sake of Christ, then, I am content with weaknesses, insults, hardships, persecutions, and calamities. For when I am weak, then I am strong.

Paul had an issue that he referred to as a “thorn in the flesh.” While we don’t know what this thorn was, we do know that it caused him a great deal of suffering. Whether it was a physical ailment or a propensity to fall to a certain temptation, Paul’s thorn was a major problem in his life.

Paul wrote that he asked God to remove this thorn from him on three separate occasions. However, God refused to give Paul his request. Was it because God wanted to see Paul suffer? Of course not! Instead, it was because God knew that Paul’s times of weakness served a greater purpose in his life.

The same is true in our own lives. God doesn’t enjoy the pain that we endure. He loves us too much for that to be the case. However, God can see the end of the story while we’re still living in the painful chapter of the present. With that in mind, we can stand on the same truth that Paul declared about himself. When we are at our weakest, we are actually strong because our weakness is a vessel for God’s strength.

Lazarus
John 11:5-6 (ESV)
Now Jesus loved Martha and her sister and Lazarus. So, when he heard that Lazarus was ill, he stayed two days longer in the place where he was.

If you just glance through the story of Lazarus, you will miss a very powerful truth. In fact, if you just look at the surface of this passage, you will miss one of the most powerful reasons that God allows us to experience problems. “Jesus loved Martha and her sister and Lazarus. So, when he heard Lazarus was ill, he stayed.”

The use of the word “so” there means that His love for them caused Him to not respond to their request. He loved them, so He stayed. He stayed because He knew He was going to do something far better than healing Lazarus. He was going to give them a miracle that went beyond their wildest imaginations.

Mary and Martha weren’t expecting a resurrection, but that’s exactly what the end of John 11 describes. We can rest in the same promise. Sometimes God allows us to endure suffering because He has something miraculous for us at the end of the story.

A Closing Prayer:
Heavenly Father, help me to be completely faithful, even in the face of the pain that I’m experiencing. Show me Your presence in the same way that You allowed Paul to experience it when he was dealing with his thorn in the flesh. I know that You love me just like You loved Mary, Martha, and Lazarus, and that sometimes, that love causes You to wait. Help me to remain faithful in the waiting. In Christ’s name, Amen.

Pain Sorrow Suffering Trials Trouble
3558
4
Share
We use cookies on our website to give you the most relevant experience by remembering your preferences and repeat visits. By clicking “Accept”, you consent to the use of ALL the cookies.
Do not sell my personal information.
Cookie settingsACCEPT
Manage consent