Jesus and Children in the New Testament 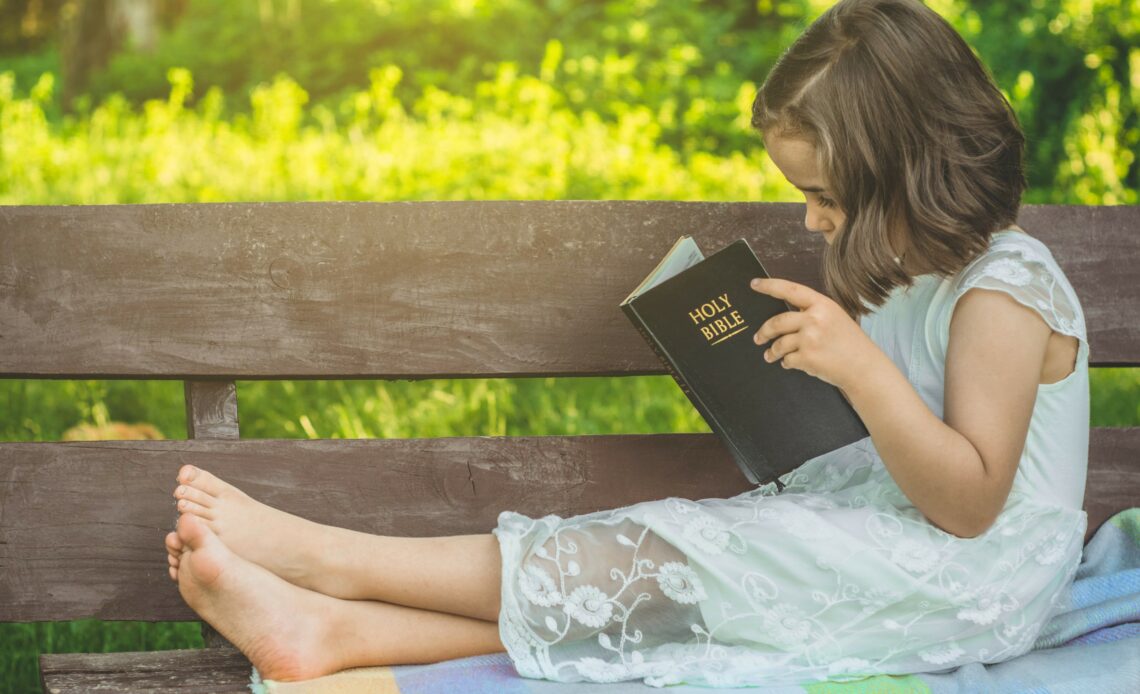 Very few of the characters that we meet when reading the Bible are children. With the exception of David who we meet as a young teen and a couple of children who ascend to the throne in the Old Testament, we don’t meet a lot of child characters in the Bible. While the Old Testament does spend a lot of time talking about Godly parenting and how to raise children in a way that’s pleasing to God, the New Testament manages to really show us how God feels about children. Here is a look at three instances in the New Testament where Jesus cares of children and illustrates God’s heart toward them.

We don’t know much about Jairus other than that he was a ruler of the synagogue and that he had one 12-year-old daughter. Jairus’ status in the local society would have put him at odds with Jesus, as most of the synagogue rulers didn’t appreciate the way that Jesus questioned their motives, corrected their methods and pointed them towards the Truth. Yet in a moment of utter desperation, Jairus knew that the religious rituals that he and his friends relied on weren’t going to cure his daughter; he needed Jesus to do that.

When we first meet Jairus, we see him “fall at Jesus’ feet” in an attempt to beg Him to come to his house (Luke 8:41). In the story, Jesus agrees to go but while they were on their way, a woman who had been suffering from her own health issue for 12 years (the entire lifetime of Jairus’ daughter) pursued her own healing. In her determination to be healed, she holds up Jesus’ journey to Jairus’ house just long enough for the news to come:

Luke 8:49 (ESV)
While he was still speaking, someone from the ruler’s house came and said, “Your daughter is dead; do not trouble the Teacher any more.”

Undoubtedly, Jairus’ felt the hope that he was holding onto slip from his grip. But look at Jesus’ reply:

Luke 8:50 (ESV)
But Jesus on hearing this answered him, “Do not fear; only believe, and she will be well.”

As the story goes, Jesus took Jairus, his wife, Peter, James and John into the girl’s room where He took her by the hand and said “Child, arise” (Luke 8:54). In all of the New Testament, we only read three accounts of Jesus raising a single person from the dead: Lazarus, who he was close friends with, the son of the widow at Nain, because he felt bad for the widow, and Jairus’ daughter. God’s love for children motivated Jesus to walk into the room of a deceased 12-year-old and bring her back.

If you’re a parent or guardian of a young child, you’ve probably experienced their blind faith firsthand. Take note of the way that a toddler doesn’t care to leap off of a sofa into the waiting arms of an adult that she knows loves her. Why does she do that? It’s because she has complete faith that the adult in her life won’t let harm come to her. That innocence and childlike faith are at the heart the lesson that Jesus taught a group of followers in Matthew 18.

Jesus’ disciples were always jockeying for position in the kingdom of heaven, which prompted them to come and ask Jesus “who is considered the greatest in the kingdom realm?” (Matthew 18:1). Undoubtedly, the disciples were rattling off their own list of accomplishments in anticipation of being told that they would be elevated to a prominent position in eternity. However, Jesus didn’t talk about John’s dedication or Peter’s boldness, instead, he called for a nearby child to come to him:

Matthew 18:3-4 (TPT)
Learn this well: Unless you dramatically change your ways of thinking and become teachable, and learn about heaven’s kingdom realm with the wide-eyed wonder of a child, you will never be able to enter in. Whoever continually humbles himself to become like this gentle child is the greatest one in heaven’s kingdom realm.

Look at that! Jesus said that Peter’s willingness to proclaim the gospel to anyone within earshot wasn’t the key to being great in the eyes of God. James and John’s willingness to go everywhere with Jesus, even in the face of danger wouldn’t earn them a prominent seat, or even guarantee their entry! Instead, God is looking for His children to live in wide-eyed wonder of His greatness and be as humble and easily teachable as a child.

Children believe what the adults they love tell them. Parents tell their children that Santa Clause is bringing gifts on Christmas Eve, and those children go to bed so Santa will come. Guardians tell their children that eating their vegetables will help them grow up to be big and strong, and even the most disagreeable of children force down their broccoli. Why? Because they have blind faith that the adults in their lives won’t steer them wrong.

God wants us to have the same kind of faith in what He says to us. Once we reach adulthood, we begin to try to reason things out on our own. We allow our logic to override our faith, but that isn’t God’s design for His children. Instead, He wants us to blindly trust Him and His plans for our present and our future.

In the same chapter of Matthew (chapter 18), Jesus took the opportunity to illustrate the importance of caring for children.

Matthew 18-5-6 (TPT)
And if you tenderly care for this little one on my behalf, you are tenderly caring for me. But if anyone abuses one of these little ones who believe in me, it would be better for him to have a heavy boulder tied around his neck and be hurled into the deepest sea than to face the punishment he deserves!

Jesus definitely didn’t mince words when he talked about the Church’s responsibility to care for children. First of all, He instructs us that when we care for children, we are actually caring for Him. However, he also discusses the opposite of caring for children and the fate of those who abuse the most helpless among us.

So much of Jesus’ ministry was talking about grace and forgiveness, but when it came to those who abuse children, He went to the other extreme. God is so concerned about the wellbeing of children that Jesus said that it would be better for them that a boulder was tied around their neck and they were hurled into the deepest part of the sea.

Jesus wrapped up the lesson about childlike faith and the command to care for children with one final warning:

Matthew 18:10 (TPT)
Be careful that you not corrupt one of these little ones. For I can assure you that in heaven each of their angelic guardians have instant access to my heavenly father.

Jesus declares that children have angelic guards who are put in charge of protecting them, and that those angels have instant access to the Father. This point goes even further to illustrate that God’s heart toward children is to constantly protect them and care for them. As followers of Christ, we are commanded to do our part in caring for these little ones.

“Jesus loves the little children, all the children of the world” is much more than a song that children sing in their Sunday School classes. Instead, it is a Biblical principle that is backed up by the teachings of Christ. God loves children, and in turn, His people are called to nurture and care for them, as well.

God, your word teaches us that You have an infinite amount of care for children. Help me to do a better job of showing Your love for the children in my life. Furthermore, I ask that You help me to be more like those children in my faith. Instead of relying on my own reasoning, allow me to blindly trust You just like a child would. I want to trust You completely, so please, help me to be more childlike in my faith and trust in You and Your promises. In Christ’s name I ask these things, Amen!

bible Children Christ Jesus Jesus and Children in the New Testament Kids luke Matthew New Testament
9799
59
Share
We use cookies on our website to give you the most relevant experience by remembering your preferences and repeat visits. By clicking “Accept”, you consent to the use of ALL the cookies.
Do not sell my personal information.
Cookie settingsACCEPT
Manage consent