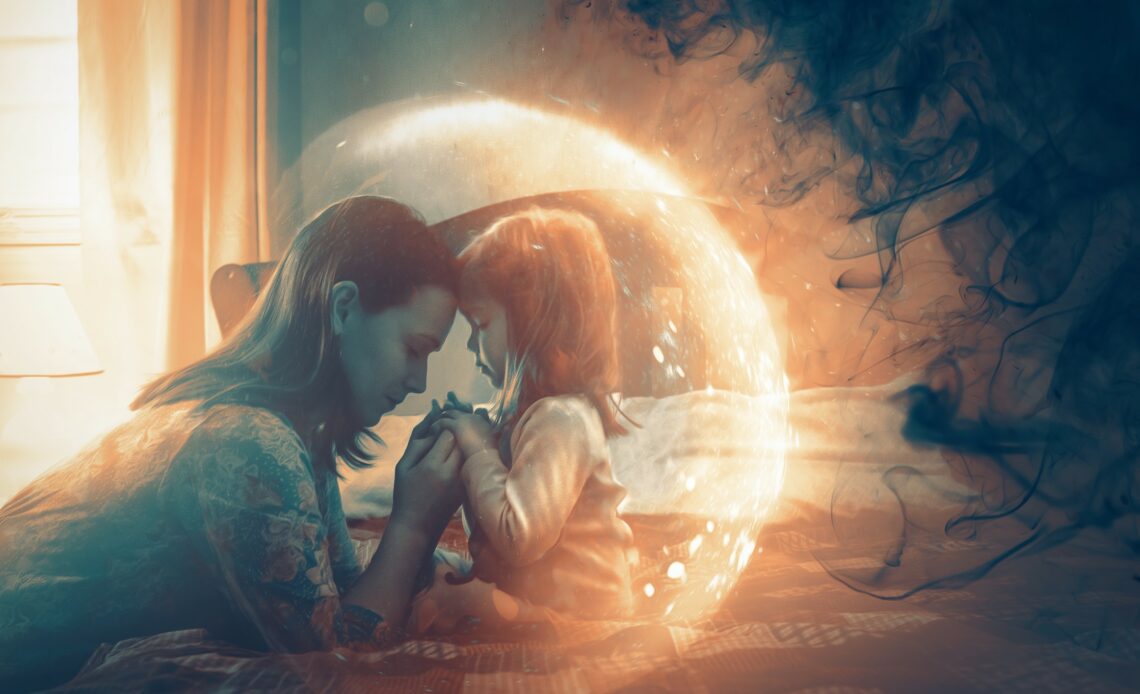 Every second Sunday in May, Americans celebrate their moms. President Woodrow Wilson signed the bill that established Mother’s Day in 1914. It’s a special day to give your mom gifts and tell her how much you love and appreciate her.

Motherhood has been one of the highest honors throughout the Bible, beginning with Eve, the first bearer of children. God esteemed parenthood so highly that it’s part of the Ten Commandments. In the sixth one, He commands children to honor their fathers and mothers.

It’s the first commandment with a promise. When you honor your parents, God promises that your days will be long on the earth. This commandment is a divine blessing for parents, children, and future generations.

Examples of Motherhood in Scriptures

Scripture is full of beautiful examples of Godly mothers. Yes, they were still human and made mistakes, but their love for their children was flawless. Here are some examples to consider.

Since the time of Joseph, the Hebrew people multiplied and enjoyed great prosperity in Egypt. According to Exodus 1:8, the current Pharaoh didn’t know of Joseph and despised the immigrant Hebrews. The wicked Egyptian ruler was afraid that God’s people would take over the nation in his paranoia.

Pharaoh decided that genocide was the answer and declared that all male Hebrew babies would be killed. His soldiers marched throughout the land, slaughtering countless babies. It was a foreshadowing of the same evil plan King Herod devised when Jesus was born.

Amid this horror, Exodus 2:3 begins the story of Jochebed and her newborn son. She tried her best to keep the baby secret, but it got more dangerous. Her Mother’s heart would protect her baby at all costs, even if it meant giving him to another lady.

She and her daughter, Miriam, wove a little basket and lined it with a pitch to make it waterproof. They knew that Pharaoh’s daughter bathed at the same time each day at the water’s edge. If she found the baby in a basket, surely, she would save his life.

Miriam hid among the reeds to watch the little basket with her baby brother on the water. As soon as the Egyptian princess arrived for her bath, she saw the basket and told her maids to fetch it for her. When she opened it and found the wailing child, her heart was compassionate.

Pharaoh’s daughter named him Moses, “drawn from the water.” Miriam came from her hiding place, bowed before the princess, and offered to find her a nurse. Of course, she brought her own Mother, who got to care for the baby she saved.

It’s a story of extreme sacrifice and a mother’s love. Plus, it’s a moving example of how an adoptive mother can love a child. God later chose the adult Moses to lead his people out of Egyptian bondage.

Infertility has plagued couples since the beginning. Before people understood conception and genetics, women were always blamed for the couple being childless. Barren women were often scorned and ostracized in the time of the Old Testament.

1 Samuel 1:9-28 records Hannah’s story of one such barren wife. Each day, she bore the stares and hateful words in the marketplace. Her heart was so broken because the cradle in her home was empty.

In the Temple, Hannah lay before the Lord, weeping and pleading. She begged God to either give her a child or let her die. She said if God granted her prayer, she would give the babe back to Him.

Eli, the High Priest, assumed she was drunk and approached the weeping Hannah to rebuke her. When she poured out her heart to the old priest, he was moved with compassion. He prophesied that she and her husband would have a baby boy at the same time the following year.

Faithful to God’s Word, baby Samuel was born a year later. Hannah honored her promise and brought the boy to the Temple when he was seven years old. He became a student of the High Priest Eli and would later be a great judge over Israel.

Like Jochebed, Hannah had a mother’s love that she valued above her own life. Both women gave their sons for the service of the Lord. In doing so, the Lord honored their prayers.

3. Elizabeth, Mother of John the Baptist

One of the first mothers mentioned in the New Testament was a woman battling infertility. According to Luke 1: 13-15 , Zachariah and his wife Elizabeth had prayed for a child for years. Scripture says that they were Levites and were upstanding before the Lord.

One day as Zachariah was praying in the temple, the Archangel Gabriel came to him and told him that he and his wife would have a son. The boy would be named John and filled with the Holy Spirit before he was born.

Zachariah was so shocked that he became mute. Her pregnant cousin, Mary, came to visit during Elizabeth’s pregnancy. Elizabeth proclaimed that her baby jumped in her womb when the Mother of the Savior hugged her.

When the miracle baby was born, they would name him after his father. Zachariah remembered the angel’s words and wrote that the baby was to be called John. The boy grew up as Jesus’ cousin, John the Baptist, who baptized the Son of God.

4. Mary, the Mother of Jesus

Perhaps one of the greatest stories of motherhood in the Bible is Mary, the Mother of Jesus. The Gospels agree that she was a young virgin engaged to a carpenter named Joseph. God chose this humble woman to be the vessel of the Messiah.

Luke 1: 26-38 says that Mary was also visited by the Archangel Gabriel, who said she would give birth to a son. She was shocked and said it was impossible for a woman who hadn’t been with a man. The angel told the Father would be God Himself.

Furthermore, they were to name the baby Jesus. The Bible says that the Holy Spirit overshadowed Mary, and she conceived the Savior of the World. While Scriptures are vague about Jesus’ childhood, they say that Mary knew that her son was particular. She was present at His first miracle and many subsequent ones.

The Bible says that she hid all these wonders in her heart. The whole time, she realized that Jesus would be the Supreme Sacrifice. It probably never hit her until she saw Him dying on the cross. Even in His unspeakable pain, Jesus had compassion for His grieving mother and asked John to care for her.

Mary was the ultimate example of a mother’s love. She trusted God even when she knew that she could have been executed for having a baby before marriage. Her faith still had to be solid as she watched Jesus die for the whole world.

She gave Him birth, raised Him in a loving home, and watched Him begin His earthly ministry. Mary was grief-stricken at the cross and was overwhelmed with joy when Jesus arose from the tomb. She was among the 120 people gathered in the Upper Room who received the gift of the Holy Spirit.

Mothers Are Givers and Fierce Protectors

Mothers are the nourishers and givers of life. Even in nature, you see stunning examples of a mother’s love. Little mother birds will act like their wing is broken to lure predators away from their nestlings.

They continue to be a stronghold of love and prayer against the Enemy of their children. A mother will protect her child above all else and even put her own life in danger to do so. She is a precious woman indeed.

Dear Jesus, thank you for the woman I call my mother. Thank you for the many times she’s stormed the gates of Hell for my sake. This Mother’s Day and every day, may I honor her and learn from her example. Amen

Children Love Mother Mother’s Day
713
3
Share
We use cookies on our website to give you the most relevant experience by remembering your preferences and repeat visits. By clicking “Accept”, you consent to the use of ALL the cookies.
Do not sell my personal information.
Cookie settingsACCEPT
Manage consent