Removing Negativity from Your Vocabulary Can Help Your Marriage 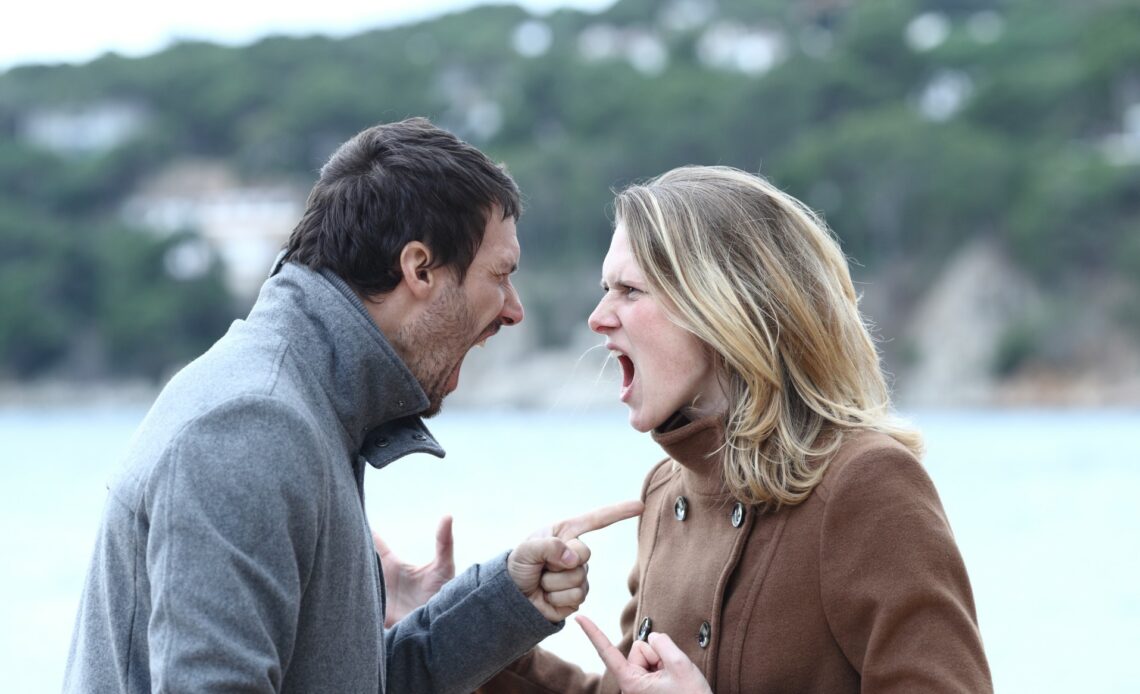 The way that you and your spouse speak to one another will have a direct impact on the overall health of your marriage. If you use your words to build a culture of insults and demeaning words, your marriage will turn into more of a battlefield than a safe haven. Obviously, that’s not what anyone wants. You can take steps today to remove negativity from your vocabulary which will improve your marriage.

The words that you use when you speak to your spouse will have a direct impact on the overall health of your marriage. It’s easy to just read that sentence and assume that you’re doing a good enough job at using your words to keep your marriage alive. But what if that’s not the case? What if the words that you and your spouse are using in every day conversation are creating tiny fractures in the foundation of your union that will eventually lead to the ultimate demise of a marriage that you once believed would last forever?

When we discuss the power that negative words have on your marriage, it doesn’t necessarily mean that you’re speaking to your spouse in an abusive way, or that he or she is looking for opportunities to belittle you. Instead, negative words can often be small, thoughtless moments that eventually build up, leading to the kind of issues that can drag your marriage down.

There are a lot of aspects to marriage that you have no control over. You can’t control financial problems that may pop up along the way. You can’t control outside stressors that are a natural part of life. Ultimately, you can’t make your spouse want to stay committed to your marriage. However, you can control the words that you use, and those words will have a direct impact on the way that your marriage responds to adversity.

You and your spouse are in this thing together. When you realize that both of you are meant to be rowing the boat in the same direction, it becomes clear that positive reinforcements and the use of uplifting words can help ensure that your marriage is on stable ground. No matter what you may have heard, you have the power to determine the kind of words that you use when talking to your spouse, and he or she has the same authority over their own tongue. Today, make the commitment to remove negativity from your vocabulary, especially when talking to or about your partner. You both signed up for this marriage to last until death separates you one day. No one wants to spend decades with someone who is constantly cutting them down.

Whether your marriage is thriving or struggling, you can always make things better. One of the most effective ways to do so is to change the words that you use.

Ephesians 4:29 (TPT)
And never let ugly or hateful words come from your mouth, but instead let your words become beautiful gifts that encourage others; do this by speaking words of grace to help them.

When God put you and your spouse together, He did so with the hope that the two of you would provide comfort to one another during difficult times. There will be times where both you and your spouse are hurting and experiencing stress. However, there will be other times where one of you is angry, hurt, upset, stressed, and moody while the other isn’t. During those times, it’s important that the one who isn’t hurting provides comforting words to the one who is.

But what happens when both of you are facing difficulties? It’s easy to become so stressed out that you allow yourself to lash out at your partner. Perhaps the anxiety and stress that has built up inside you has to come out, and your spouse is the closest person. This makes him or her the recipient of your anger. That’s not the plan.

Paul said, “Never let ugly or hateful words come out of your mouth.” Never seems pretty definitive, doesn’t it? He didn’t say that it was permissible when you were stressed or when your spouse has continued to annoy you. He said, “Never.” If you feel like you’re about to lash out with ugly or hateful words, zip it up. Walk away, count to ten, pray and ask God to help you filter your words into something productive.

Stop Being a Critic

Matthew 7:1-3 (TPT)
Refuse to be a critic full of bias toward others, and judgement will not be passed on you. For you’ll be judged by the same standard that you’ve used to judge others. The measurement you use on them will be used on you. Why would you focus on the flaw in someone else’s life and yet fail to notice the glaring flaws of your own?

We often hide behind the thin veil of saying that we’re just trying to help someone be better when we offer criticism. After all, isn’t constructive criticism a good thing? Yes, it is. But when you approach your spouse with a critical spirit, that’s rarely the kind of critique that you’re offering. Have you ever read a movie critique’s review? These people who are experts on the film industry generally watch films with one goal in mind: to critique it. They know the standard of a “perfect movie,” and they look for opportunities to show how any new release doesn’t live up to that standard.

Are you a spousal critic? Do you look for opportunities to tell your spouse how he or she doesn’t live up to your standards of an ideal mate? If so, you need to reevaluate the way that you speak to the person you’ve pledged your life to.

For instance, an example of constructive criticism would be, “Honey, it would really help me out if you would start putting your dirty laundry in the hamper instead of on the floor.” A critical spirit says, “You lazy bum, I’m so sick of having to track down your dirty clothes. You never do anything right.”

Refuse to be a critic. After all, it makes no sense to focus on another person’s flaws while ignoring the flaws in your own life.

Using Your Words to Grow Your Marriage

James 3:2 (TPT)
We all fail in many areas, but especially with our words. Yet if we’re able to bridle the words we say we are powerful enough to control ourselves in every day, and that means our character is mature and fully developed.

God’s design for your marriage revolves around one primary principle: unity. In the book of Genesis, God laid out His plan for marriage when He said that when a man and a woman are joined together in marriage, they become one flesh. He wants you and your spouse to be united in every area. We referenced the idea of rowing a boat earlier, primarily because it is the picture of unity. If you are in a boat that has two sets of oars, it’s important that both people are rowing in the same direction. If not, the boat goes nowhere and both people wear themselves out.

The words that you use will have a direct impact on the growth of unity in your marriage. If you’re constantly pulling one way while your spouse pulls the other, your marriage is never going to get anywhere. It won’t take long for frustration and animosity to become the primary feelings that you experience.

Use your words in a way that cultivates unity. Doing so will help ensure that your marriage is advancing, and you and your spouse are working in unity.

Heavenly Father, I thank You for my spouse. I know that You have joined us together so that we can work in unity to expand Your Kingdom while giving one another the love and affection that we both need. Help me to use my words in a way that encourages my partner. Help me to not be critical and to extend the same grace that You have shown me. In Christ’s name I ask these things, Amen.

Love Marriage Negativity Optimism Pessimism Relationships Removing Negativity Spouse Vocabulary Words
13429
60
Share
We use cookies on our website to give you the most relevant experience by remembering your preferences and repeat visits. By clicking “Accept”, you consent to the use of ALL the cookies.
Do not sell my personal information.
Cookie settingsACCEPT
Manage consent