Still Standing After the Storm: Hope for Those Impacted by Hurricane Ian 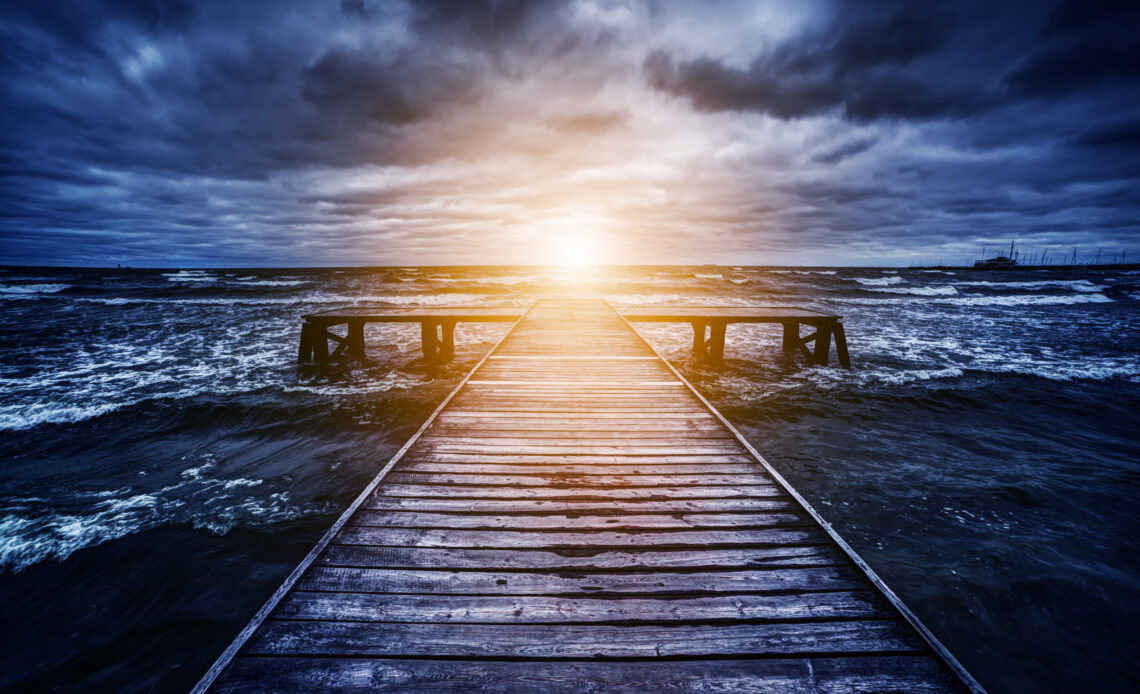 When Hurricane Ian forced millions of Floridians to evacuate, no one had any idea that the storm, which was the fifth-largest hurricane in recorded US history, would make landfall a total of three times. After dumping nearly two dozen inches of rain on parts of central Florida and bringing about winds in excess of 150 MPH, the storm finally moved on. However, there are now millions of people picking up the pieces and trying to rebuild. If you’re among that number, there is hope for you.

Meteorologists projected that Hurricane Ian would be one of the most devastating storms to make landfall in the United States. However, they had no way of knowing that the storm would make landfall three separate times, increasing its devastation. They also had no way of projecting that the storm would go on record as the fifth-strongest hurricane to hit land in US history. With winds that blew in excess of 150 MPH, and rainfall that dumped more than 20 inches of rain on central Florida in less than 48 hours, Hurricane Ian has devastated countless lives. The death toll has continued to rise, and many people who suffered injuries weren’t even counted, as hospitals were so full that some of the injured didn’t seek medical attention.

Today, nearly two weeks removed from the storm’s initial landfall, millions of people are trying to pick up the pieces and move on. In addition to the physical ramifications of the storm, there are mental, emotional, and even spiritual impacts that can never be quantified.

If you’re looking for hope in your post-storm journey, turn to Scripture. Through the power of the Holy Spirit, God has preserved His Word for His people. While natural disasters aren’t a common theme in Scripture, there are principles that we can apply to our own lives as we strive to stand after the storm.

You Are Remembered
Genesis 8:1-5 (ESV)
But God remembered Noah and all the beasts and all the livestock that were with him in the ark. And God made a wind blow over the earth, and the waters subsided. The fountains of the deep and the windows of the heavens were closed, and the rain from the heavens was restrained, and the waters receded from the earth continually. At the end of 150 days the waters had abated, and in the seventh month, on the seventeenth day of the month, the ark came to rest on the mountains of Ararat. And the waters continued to abate until the tenth month, on the fist day of the month, the tops of the mountains were seen.

Noah knew what it meant to lose everything in a flood. In the chapters leading up to Genesis 8, God commanded Noah to build an ark, gather his family, and gather enough animals to repopulate the earth. Humanity’s wickedness had angered God so severely that He decided to wipe everything out and start over. Now, we know that Hurricane Ian was not a sign of God’s judgement on the people of Florida, but some of the principles that we see in Noah’s story can be applied to our lives.

Even when the rains stopped, Noah, his family, and the animals remained in the ark. The water stood on the earth for 150 days. Certainly, Noah knew that when he climbed off the ark, he would have nothing left. While God preserved Noah’s life, and the lives of his wife, sons, and daughters-in-law, Noah’s possessions were destroyed in the storm.

“But God remembered Noah.” God didn’t forget about Noah in the days that followed the storm, and He has not forgotten about you. When we’re faced with hardships, it’s easy to wonder where God is. If you’re one of the millions of people who lost material possessions in Hurricane Ian, you may find yourself wondering why God allowed this to happen. Take heart; these questions do not anger God. He is more than capable of dealing with our moments of doubt. However, Child of God, you are not forgotten. God did not abandon you in the storm, and He certainly won’t walk away from you in the days to come. The same God who remembered Noah has your name written in Heaven, and He is fully aware of the pain that you are facing.

The Spirit of God is With You
Genesis 8:11-12 (ESV)
And the dove came back to him in the evening, and behold, in her mouth was a freshly plucked olive leaf. So Noah knew that the waters had subsided from the earth. Then he waited another seven days and sent forth the dove, and she did not return to him anymore.

While we’re not diving into Scriptural symbolism today, there is one aspect of this story that we need to look at. In Scripture, the dove is always symbolic of the Holy Spirit. In the New Testament, there are multiple cases of the Spirit of God appearing as a dove, most notably at the baptism of Christ.

Before Noah released the dove, he released a raven. The most notable difference in a dove and a raven is the fact that ravens are scavengers. They will eat dead animals, plants, and anything else that they can get nutrients from. Doves simply don’t operate on the same level as the raven. Doves only find sustenance from things that are alive.

Noah released the raven, and it never came back. Why? Because there was enough death and decay on the earth to sustain the raven. The raven would only stay out when there was life to be found on the earth. When she brought back an olive leaf to Noah, he knew that the waters had subsided, and he was still standing after the storm.

The Holy Spirit provides us with the same promise. We serve a God who is alive, and the Holy Spirit, who dwells with us and in us, is alive. His presence allows us to see that there is still life, hope, and peace after the storm.

God put a rainbow in the clouds to serve as a reminder to Noah that His decision to destroy the earth with water was a one-time decision. God told Noah to remember that promise every time he saw a rainbow.

God’s covenant with us, as the New Testament Church, isn’t found in a sign in the clouds. Instead, it is a covenant that He has made with us through the Holy Spirit. When God sees us, He sees His promise that nothing can ever separate us from His love.

As you’re dealing with the pain associated with recovering from Hurricane Ian, it’s easy to become so focused on the loss that you lose sight of the promise. God’s promises to us are steadfast, never contingent on our circumstances.

Today, as you struggle to navigate the uncertainty of the future in the face of the storm, allow yourself to rest in God’s promises to You. He loves you; He keeps you, and most of all, God is for you!

A Closing Prayer:
Heavenly Father, I find myself sad, frustrated, and even angry as I try to pick up the pieces of my life after Hurricane Ian. I know that I can be transparent with You regarding my pain, as You know my thoughts. Help me to rest in Your promises as I continue to try to move forward. In Christ’s name, Amen.

Comfort Devastation Hope Hurricane Ian Loss Natural Disaster Peace
606
1
Share
We use cookies on our website to give you the most relevant experience by remembering your preferences and repeat visits. By clicking “Accept”, you consent to the use of ALL the cookies.
Do not sell my personal information.
Cookie settingsACCEPT
Manage consent