Storming the Gates of Hell for Unsaved Loved Ones 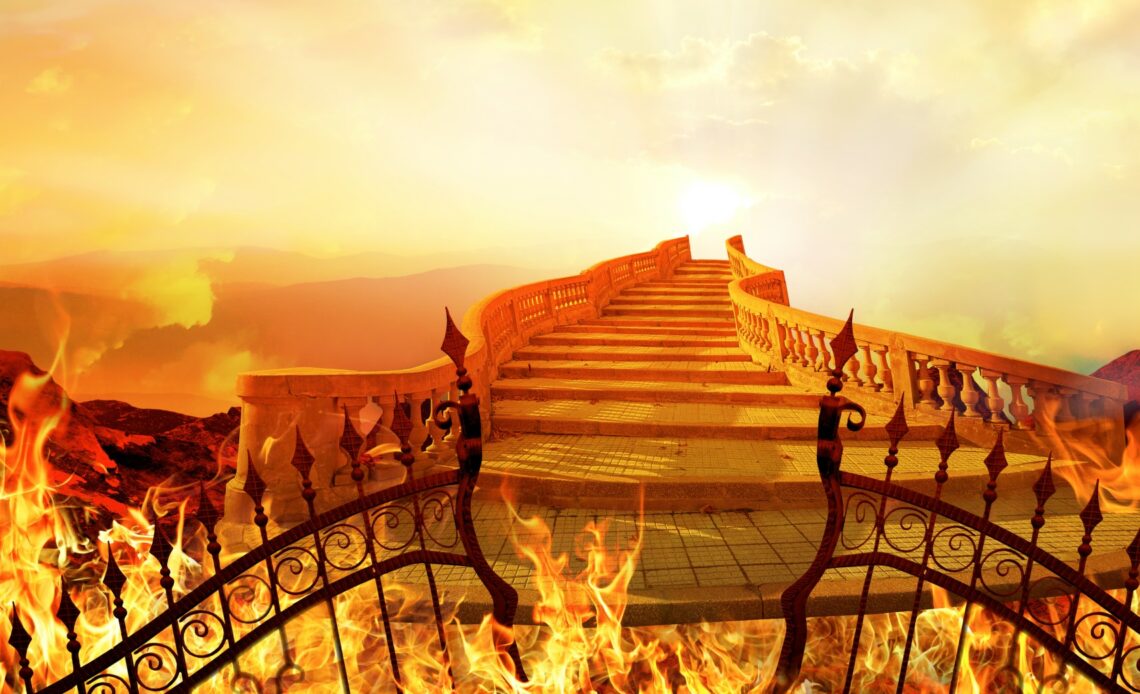 How many of your loved ones have yet to put their faith in Jesus Christ? Whether it’s friends, family members, neighbors, or coworkers, most of us have multiple people who we hold dear to our hearts who are still unsaved. This does not mean that they are somehow inferior to us. There was a time when we were in the same position that they were in. What we may not have realized at the time is that there were children of God who were fighting against the forces of evil for our souls.

While we know that God is the only Source of salvation, He does equip His people with the tools necessary to combat Satan and his forces of darkness in the battle for the soul of humanity. The people in your life who are not in a relationship with Jesus Christ need you to fight for them. No, they may not realize that they need it, but they do. In the same way that a child who has wandered away from his or her parents in a crowded store may not realize that they need help getting to where they need to be, unsaved people often don’t realize the danger that they’re facing. However, as the children of God, the carriers of the Light into a world riddled with darkness, we know what is at stake.

You are not called to sit idly by and wait for people to free themselves from the sin that currently holds them captive. In fact, they cannot free themselves. You couldn’t free yourself, either. Instead, God wants His people to use the resources that we have been given to cause those unsaved around us to recognize their need for a Savior and for us to point them in His direction. Doing so won’t be easy, and it won’t just happen on its own. Instead, it takes intentional, deliberate action that can only come through the equipping of the Holy Spirit.

Are you ready to wage war against the forces of darkness that are holding your loved ones captive? If so, keep reading. Today, we are going to unlock the key to storming the gates of hell on behalf of the souls of the people we love.

While we often think about God being a God of peace, safety, and comfort, the battle that we are engaged in does not align with those traits. While God is certainly a God who provides peace, protects His people, and offers us comfort, He expects us to be actively engaged in the warfare that is taking place around us in the spiritual realm.

In order to combat the forces of darkness, you will not be able to sit back and simply wait on things to get better. On the day that you accepted Christ, you signed up for battle. Your role in this war is an important one, and God has equipped us with the things that we need to withstand attacks and mount an offense (the Armor of God is found in Ephesians 6).

As we see the events of the world unfolding, we understand that prophecy is being fulfilled every day. With that in mind, the clock is ticking, and it is even more important that we raise up as the mighty army that we are and fight for the souls of our friends and family members who do not know Christ. The only way for a Kingdom to advance is by force, which is why Christ said that we must operate forcefully to overthrow the powers of darkness.

We Have Weapons at Our Disposal

2 Corinthians 10:3-6 (TPT)
For although we live in the natural realm, we don’t wage a military campaign employing human weapons, using manipulation to achieve our aims. Instead, our spiritual weapons are energized with divine power to effectively dismantle the defenses behind which people hide. We can demolish every deceptive fantasy that opposes God and break through every arrogant attitude that is raised up in defiance of the true knowledge of God. We capture, like prisoners of war, every thought and insist that it bow in obedience to the Anointed One. Since we are armed with such dynamic weaponry, we stand ready to punish any trace of rebellion, as soon as you choose complete obedience.

In this passage, Paul outlines exactly what is going on in the battle that we are engaged in. Isn’t it amazing to know that Paul, who wrote this letter roughly 2,000 years ago, was facing the same kind of war that we are facing today? Paul knew what was at stake, and he experienced firsthand the kind of resistance that we’re facing today. In fact, he experienced even more resistance.

Paul taught that we have access to weaponry that is not of this world. No, we cannot overcome the enemy that we’re facing with guns, knives, sticks, and stones. Instead, we must rely on supernatural weaponry that only comes from God.

Our most important weapon is prayer. Without prayer, we have no contact with the Captain of the army that we are enlisted in. Through prayer, we can speak to Him with the assurance that He will hear us and He will respond to us. Before you even try to share the Gospel with a lost loved one, it’s important that you spend time in prayer. Ask God to break the shell of resistance that the enemy has placed over their hearts.

Additionally, we must rely on the weapon that is Scripture. When Paul was discussing the Armor of God in Ephesians, he spoke about the “sword of the spirit which is the Word of God.” When we are presented with the opportunity to share the Gospel with someone, it is imperative that we know the Gospel. Being familiar with a weapon is the mark of a good soldier, and in order for us to be good soldiers, we must be familiar with the Sword.

Finally, we must rely on the Holy Spirit. The most powerful force that is currently operating in this world lives within us. He will guide us to the people we need to go to and will equip us when we engage with them in conversation about the Gospel.

A Closing Prayer:
Heavenly Father, help me to fight against the forces of darkness in the name of seeing the people I love come to You. Show me the opportunities that are in front of me, and gift me with the right words to say. In Christ’s name, Amen.

Discipleship Evangelism Gates of Hell Spiritual Warfare Witnessing
6493
3
Share
We use cookies on our website to give you the most relevant experience by remembering your preferences and repeat visits. By clicking “Accept”, you consent to the use of ALL the cookies.
Do not sell my personal information.
Cookie settingsACCEPT
Manage consent