Why Does the Christian Believe that God is Three Persons in One God? 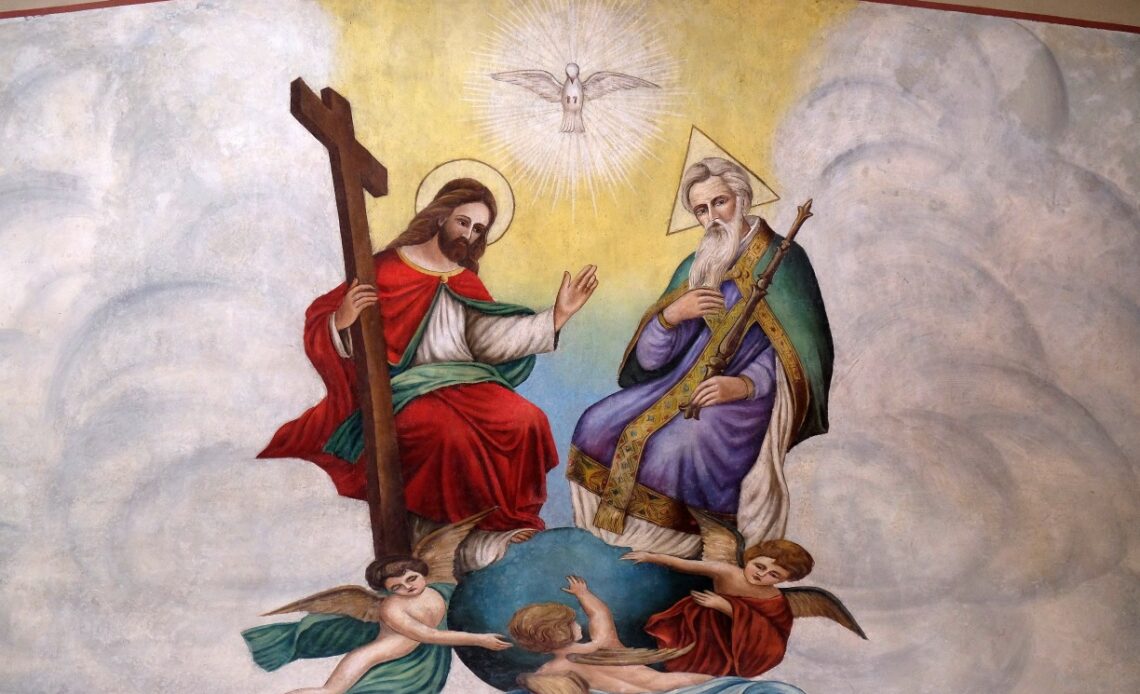 There are beliefs within Christianity that are so commonplace that they are almost taken for granted. Some of the teachings within the church are simply believed without the Christian having much of an understanding of why he believes what he believes. This unfortunate event is the case when it comes to the popular teaching of the Trinity. Oftentimes, Christians say that they believe God is a triune God, but if asked why, they are stumped. All that is able to be said at this point is that he heard it taught in church and that is what Christians believe.

While both of these statements would be true, it is not walking in the commands of the apostle Peter, who said, “But sanctify the Lord God in your hearts: and be ready always to give an answer to every man that asketh you a reason of the hope that is in you with meekness and fear” (1 Pet. 3:15). Peter tells us that the believer is to be ready to share with others why he believes what he believes.

A time came in the ministry of Paul the apostle in which he traveled to a location known as Thessalonica. Some of the events of this trip are recorded in Acts chapter 17. Paul, as usual, went into the city then into the synagogue that was within the city. Many religious people would have been gathered there, and Paul wanted to share the Good News with them.

It is said that for three Sabbath days Paul spent time with the people at the synagogue and reasoned with them, explained the Scriptures to them, and proved to them that Jesus was the long-awaited Messiah. It is said that there were a number of people who followed Paul afterward. However, there were also a number of Jews that did not like Paul’s teaching and caused an uproar.

As Paul continued on in his ministry, his next stop in the book of Acts was Berea. As Paul entered the city, he once again found his way to the synagogue. In this synagogue, he most likely would have shared the same message. As he did, the following was stated about these Bereans: “These were more noble than those in Thessalonica, in that they received the word with all readiness of mind, and searched the scriptures daily, whether those things were so” (Acts 17:11). These Bereans have left an example of how the Christian should develop an understanding of God. Yes, the Christian should listen to what is said. But then he should go back to the Word to make sure he knows why he believes what he believes and if what is said is true.

Is the Trinity contradictory?

But the Christian does not make such claims. He says that three persons (the Father, Son, and Holy Spirit) make up this one God. As a result, this is not contradictory.
How many Gods are there?

When one seeks to develop a proper understanding of God, he must look at what all of Scripture has to say. To do this, it is important to start with Scriptures that talk about God as one.

Many more Scriptures abound on this topic, but it should be clear that God is one and there is no God beside this one God.

While God is said to be one, there are more Scriptures that the Christian must look at to develop his understanding of Who this God is.

This type of language is also used in other parts of Scripture, but so far this leaves us with God being one and plural at the same time. So while God is only one God, there is still a dynamic to His character in which He is more than one. This leads us to the three Persons of the Trinity.

God the Father is the first member of the Trinity. He is the Father and the highest authority. Typically when God is referenced without a distinction (Father, Son, or Holy Spirit), the Bible is referring to the Father. Nevertheless, the Scriptures declare in Eph. 4:6 that there is one God, Who is the Father.

Jesus is said to be God in a number of Scriptures:

• In the beginning of John’s Gospel (in John, chapter 1, verse 1), John declares Jesus to be the Word that is God.
• In John 20:28, Thomas adamantly proclaims Jesus as God.
• In the book of Hebrews 1:8-9, the author speaks of Jesus as God and God the Father anointing Him as King.

The Holy Spirit finds less of a focus in the Bible than the Father and the Son, but He still is declared to be God. In the book of Acts, chapter 5, a husband and wife named Ananias and Sapphira are spoken of. Simply put, they sold their land and lied to the apostles about how much they sold it for because they wanted to keep a part of the money.

As they do this, what is said about them is that they lied to God. Specifically, this passage mentions the Holy Spirit as the One they lied to (Acts 5:3-4).

The evidence to support the Trinity and the cohesiveness of these three abounds as one looks at the baptism of Jesus. As God the Son is baptized, God the Father declares and speaks of how He is pleased with the Son, while God the Holy Spirit descends on the Son.

This cohesiveness can again be seen in the Great Commission, as Jesus tells the disciples to baptize His followers in the name of the Father, Son, and Holy Spirit. Jesus had God in mind, not God and a couple of created beings.

It is important to know why you believe what you believe. Learn about God and defend your faith. The Trinity is being assaulted in the modern era. Stand your ground and get ready to share the hope that is in you.

Father, I thank You for Your grace toward me this day. Please help me to understand Your Word and to be able to share it with others when the time comes. Thank You for revealing to me a part of Who You are. I pray that You will continue to show me more of Yourself. In Jesus’ name, Amen.

Apostle Peter Christian God Scriptures Trinity
12413
44
Share
We use cookies on our website to give you the most relevant experience by remembering your preferences and repeat visits. By clicking “Accept”, you consent to the use of ALL the cookies.
Do not sell my personal information.
Cookie settingsACCEPT
Manage consent