You Were Made For This! 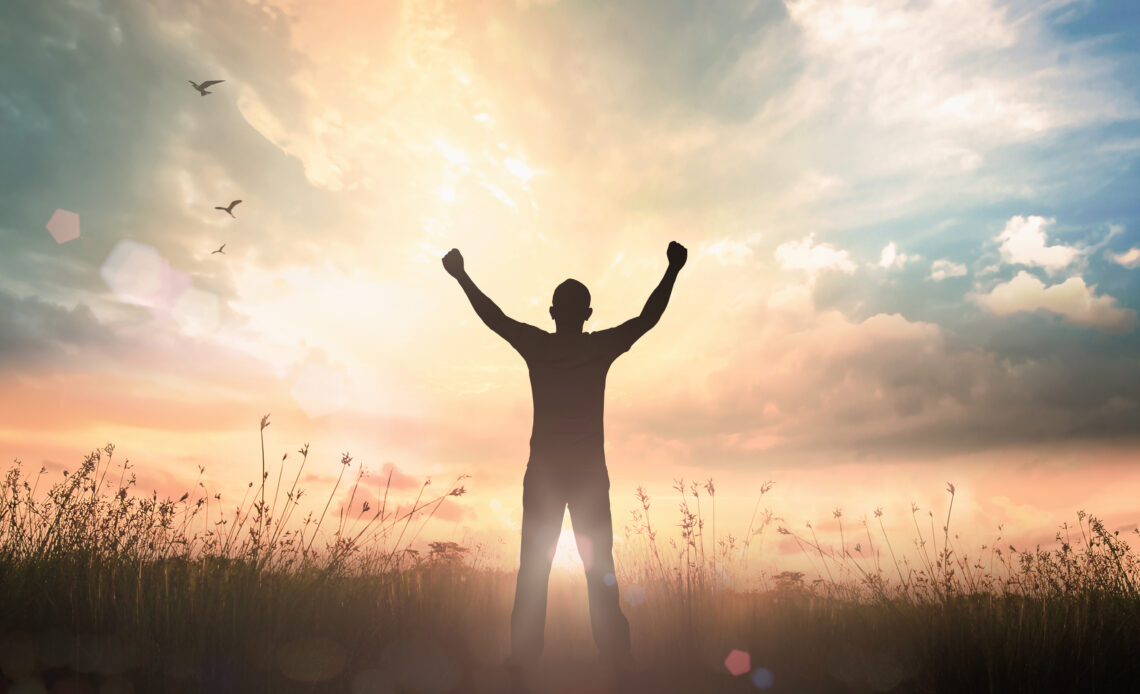 When we’re faced with something that seems too big for us, it’s easy to allow ourselves to doubt our own worth. After all, if we were really worthy, wouldn’t we be able to handle things on our own? Satan, the enemy of our souls, rejoices when we have those moments of fear, doubt, and trepidation. If you need a reminder about your own worth, take heart in the fact that you were made for this moment.

Wouldn’t it be wonderful if going through life was like watching a movie? When you turn on a movie, whether you’ve seen it before or not, you typically have a pretty good idea about what characters are going to play certain roles soon after seeing them. Sure, Hollywood production can sneak an occasional swerve in there, but generally, you can tell that the pretty girl is going to end up with the superhero. When the main character in the movie is facing a major problem, it doesn’t take long for you to realize that the loyal best friend who comes along side him or her is going to play an important role in the protagonist’s eventual triumph.

What you may not realize is that in the movie of your life, you were made for the moment that you’re facing. “But this is just too big for me.” “There’s no way that I can handle what I’m facing.” “Sure, that’s easy for you to say. You have no idea what it is that I’m dealing with!” If the statement that you were made for this moment sparked those types of thoughts, you’re in good company.

The Bible is filled with stories of men and women who tackled seemingly insurmountable odds to fulfill their divine purpose. While these people had their stories recorded in Scripture, they were completely human just like you are. You can draw inspiration from their examples of embracing a moment that seemed too big for them in the name of fulfilling God’s ultimate purpose for their lives.

Esther
Esther 2:9-10 (ESV)
And the young woman pleased him and won his favor and he quickly provided her with her cosmetics and her portion of food, and with seven chosen young women from the king’s palace, and advanced her and her young women to the best place in the harem. Esther had not made known her people or kindred, for Mordecai had commanded her not to make it known.

There are only two books in the Bible named after female characters, and Esther is one of them. Esther was a beautiful young woman, but she had something going against her. She was Jewish. The story of Esther takes place during a dark time in Israel’s history, as the nation had turned to false gods, and therefore, Jehovah had allowed them to be taken into captivity. While Esther would prove to be one of the greatest heroes of the Old Testament, her story started off as anything but heroic.

King Xerxes, the King of Babylon, was searching for a new Queen. The previous queen had been disobedient to his orders and had to be replaced. There were rules in ancient times, and one of the most important involved obeying everything the King said.

It’s amazing to think about, but the fact that Esther was a beautiful woman was no mistake. The King of Babylon only brought in the most beautiful women in the kingdom to audition for the role of Queen. Esther had to hide the fact that she was of Jewish descent, but she worked her way into the most important position for females in the Kingdom.

When she uncovered a plot that the King had put in place to murder all the Jews, she sprang into action. Through the favor that she had earned with the King, Esther was able to thwart his plans and save her people.

God is able to use what is already in you to establish His purpose for you and the people who are in your circle. Undoubtedly, Esther wondered what she was doing in a place of royalty, but she was made for this. So are you!

Jeremiah
Jeremiah 1:5 (ESV)
“Before I formed you in the womb I knew you, and before you were born I consecrated you; I appointed you a prophet to the nations.”

Jeremiah’s ministry also took place during a horrible time in the history of Israel. Once again, their pursuit of a God that they could physically see had led them into a place of captivity. Tormented by the people who now owned them, Israel was living in the same type of conditions that their ancestors had experienced in Egypt.

Isn’t it amazing to know that every time Israel allowed themselves to be dragged back into captivity, God raised up a prophet? Isaiah, Hosea, Ezekiel, Malachi, Zephaniah, Amos, and others all stood and proclaimed the Word of the Lord to His people who were enslaved.

In the verse that we just read, God said something to Jeremiah that we should allow to permeate our souls. Before Jeremiah was ever conceived, God had a plan and a purpose for His life. This verse of Scripture is incredibly personal, and you can apply it to your own life.

Before God formed you in the womb of the person who gave birth to you, He knew everything about you. He knew what you would be good at. He knew your weak spots, and He was completely aware of the situations that you would be facing today. You see, God is not limited by time like we are. He has already seen the end of your story, and He knows exactly how this chapter is going to end.

Peter
Acts 2:40-41 (TPT)
Peter preached to them and warned them with these words: “Be rescued from the wayward and perverse culture of this world!” Those who believed the word that day numbered three thousand. They were all baptized and added to the church.

Finally, meet Peter. Before Peter met Jesus, he was working as a fisherman. He didn’t have any sort of seminary training. All he knew was that Jesus commanded him to follow him, and he went. For three-plus years, Peter went everywhere that Jesus went. Not only was Peter one of the original 12 disciples, but he found himself as one of the three that was closest to Christ, along with James and John.

Peter wasn’t perfect. There are multiple stories in the Gospel accounts of Peter shooting off his mouth. In one passage, Peter said that he wasn’t going to let Jesus die on the cross, and Jesus went so far as to call him a devil! Peter still tried to live up to his promise, as on the night that Jesus was arrested, Peter grabbed a sword and lopped off the ear of one of the Roman guards who had come to arrest his Savior.

Peter’s boldness quickly turned to cowardice, as after Christ was arrested, Peter denied even knowing who he was. This was also the fulfillment of one of Christ’s promises. In John’s account of the night of Christ’s arrest, we learn that Peter went so far as to curse the people who labeled him a disciple.

However, on the day of Pentecost, none of that mattered. Peter was the disciple who stood and preached under such an anointing that 3,000 people were saved! Undoubtedly, Peter didn’t really plan on being the world’s first mega-church pastor. However, he was made for the moment.

God didn’t hold Peter’s lack of training against him, and He doesn’t hold ours against us. You don’t have to be a Bible scholar to be used by God. Additionally, God didn’t exclude Peter from service because of his past missteps. We can rest in the fact that if Peter was made for his moment, we are too.

A Closing Prayer:
Heavenly Father, I know that the moment before me seems so much bigger than me, but You made me for this. I won’t trust my own skills; I will trust you. Use me for Your purpose. In Christ’s name, Amen.

Insecurity Passion Purpose Self-esteem Self-Image Self-Worth
2649
1
Share
We use cookies on our website to give you the most relevant experience by remembering your preferences and repeat visits. By clicking “Accept”, you consent to the use of ALL the cookies.
Do not sell my personal information.
Cookie settingsACCEPT
Manage consent